In a recent interview, Spencer Bogart explains the recent fluctuations and volatility in the Bitcoin price in the last two weeks. Bogart Spencer; who happens to be a General Partner at the firm Blockchain Capital, believes that an asset of this class is expected to behave like this as there is a fixed supply but a variable demand.

Bitcoin’s price fluctuated greatly over the last couple of weeks the price was able to break through some key resistances but was unable to establish secure supports and therefore hovering between a wide range above ten thousand dollars. 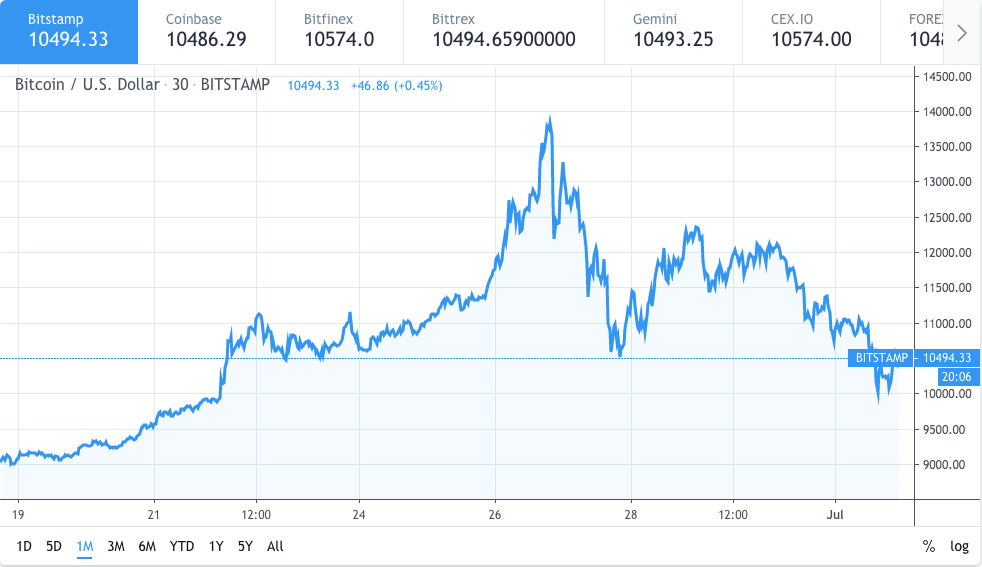 Bogart further explained that other stores of value such as gold and some pieces of art also have a fluctuating price. Moreover, the people that buy pieces of art or gold keep it secured and guarded much like Bitcoin and other cryptocurrencies.

Bogart also believes that in the future Bitcoin will not be used as a method of payment but rather as a store of value. However, Satoshi Nakamoto wanted the crypto to replace money in our daily lives as it was shown in its white paper.

Bogart and investors like Mike Novogratz, believe that the crypto is a more important use of it than to use it for spending them. Bogart wants investors to invest 1 % of their portfolio in it and hold it for at least three years while stated that Facebook’s Libra was the biggest driving factor behind bitcoin’s price action for the past couple of weeks.

However, whether Bitcoin is used as a store of value or a payment method, the technology has made sure that it will be a key part of the future’s technology.