US ban on crypto will cause mass adoption of cryptocurrency; mainstream investors 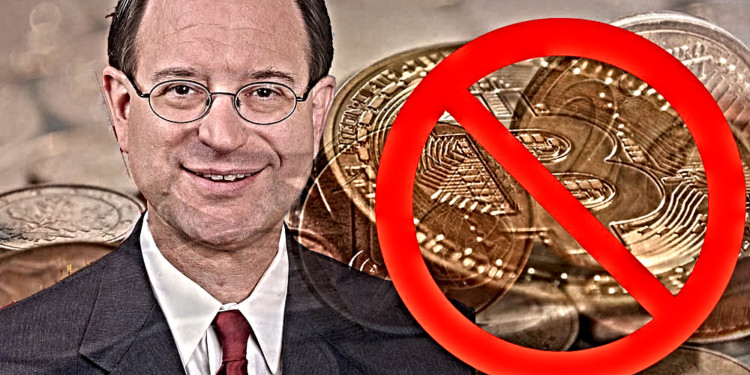 Recently a proposal to ban cryptocurrencies in the United States was introduced by the US member of Congress, Bradley Sherman.

Bradley Sherman belongs to the democrat party and he elaborated on his stance stating that cryptocurrencies are endangering the position of the United States dollars in the global market.

The case has been brought to attention right around the time when bitcoin is taking over the crypto market. Bradley Sherman has invited other people of power to stand by him on his stance on passing a bill to ban the cryptocurrencies.

He gave his statement on his decision saying that he is gathering some representative to pass the bill for banning all activities that require cryptocurrencies. He thinks that the United States dollar has been the standard unit of international transactions and it should continue to be that way.

He tried to gain some interest by mentioning the history of crypto scams. He talked about the fact that cryptocurrencies are the prime choice or terrorists and fraudsters to carry out their crimes.

For instance, the world renown terrorist groups like the ISIS and Hamas are using Bitcoin for receiving funds from supporters on a global scale. Similarly, the medium has been used for drug dealing and for other fraudulent activity.

Right now the question at hand is the impact the ban will cause of the crypto space. Will it be bullish or bearish? This can be answered by paralleling the situation with China’s ban on crypto as well.

In that case, the impact was bearish as the number of investors decreased and the market suffered severely. Just like the United States, China is a very important market for crypto.

Some are predicting that the ban will cause a bullish impact unlike China’s case and said that Sherman is terrified of a society where decentralized currencies are the norm.

The ban is only going to publicize the crypto space on a larger scale and this is expected to help with the market momentum.

The ban goes to show that the conventional systems are scared of being overshadowed by this new and better technology.