Web 3.0 has nothing to do with Bitcoin – says Mike Novogratz 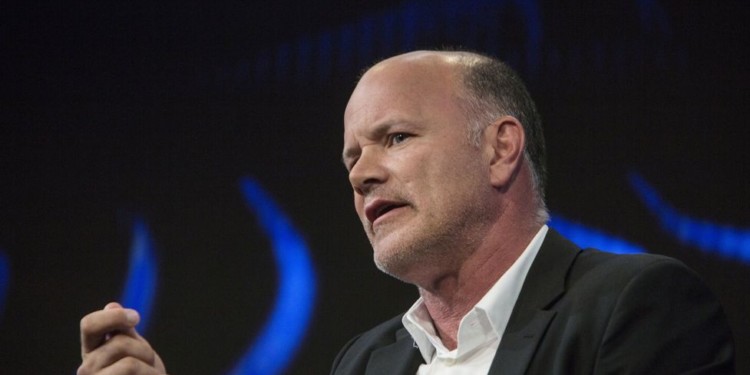 A former Wall Street executive and a once Bitcoin supporter, Mike Novogratz has shared his views on how Bitcoin is not the future messiah of technology that blockchain enthusiasts are nominating it to be.

Why all the hate?

Novogratz mentioned during his speech at ConseSys Ethereal Summit, that Bitcoin has become nothing but “digital gold” and a repository of value. According to the words used, many attendees believed that Novogratz was downgrading Bitcoin and criticizing its current state. But, everybody was surprised when he predicted that Bitcoin would reach a price as high as $20,000 within the next 18 months, how that’s going to happen however, has not been disclosed.

Novogratz’s main argument was that being a store of value is not enough to change the world and make miracles happen just like that. He continued to go all-in on his promotion of the Web 3.0 platform, which in his world “does have the potential to change the world”.

The Web 3.0 platform can be considered as a boost to decentralized data storage and processing. In fact, it is so good that even large investing platforms such as Ethereum are all in pursuit of finding their place in the new system. Although Bitcoin is decentralized by nature, it’s usually up to the middleman to determine whether or not that is true. Many crypto exchanges have been pressured by their respective governments to provide trader data for tracking, thus completely eradicating the whole “decentralized” notion.

Novogratz also mentioned how important it is for Altcoins to prove themselves in the ever-growing market. Just being called a cryptocurrency is not enough to increase in value, similar to how it was in 2017. Now, coins have to have very specific uses so that, they’re not just a repository of value, but a provider of it.

Novogratz even hinted at the potential of the Litecoin ecosystem, saying that nobody’s really using it. And it’s more or less true as nearly every new altcoin opts for the Ethereum network.

There is some merit to Novogratz’s market analysis as the days of endless hype are way behind us. Cryptocurrencies now need to act as providers of value, not just providers of profit. An Altcoin has relatively no chance of just being the currency used for faster transactions, it needs to find a specific niche.

Whether or not Novogratz is influential enough to move the market by his commentary is yet to be seen. But based on the fact that Bitcoin has had a major bull rush in the last couple of days it’s expected for it to slow down a bit. Which may give some power to Novogratz’s words.