The ongoing consolidation in the crypto market is helping BTC and altcoins rise from the recent correction. The fall on November 26 took TRX/USD to a $0.0295 low, and the price burst out from the lower Bollinger band. Since then, the price is back within the bands and is now trading near the middle.

The bands are contracting, meaning there is more consolidation in store on the hourly charts. The daily support at $0.0278 proved a vital pivot point in helping the pair bounce back above the $0.03 level. However, the pair encounters resistance at the $0.0320 area and has been rejected from this level twice on the hourly timeframe.

If the bulls can close the week above $0.0340, then the daily bullish trend will take over the pair and take it higher. The trajectory towards $0.04 looks shaky since the pair will have to break multiple overhead resistances with substantial volume. The ability to sustain the current bull run above $0.03 will confirm bullish Tron price prediction on the daily timeframe.

The price action in the past 24 hours is nothing but a zig-zag pattern. However, there is an upward bias in the price movement since the pair is posting higher lows. Despite the massive 30 percent decline since November 26 peak, the pair has recovered remarkably well. Amid the altcoin sell-off, TRX has been part of the ‘recover quick’ group.

The massive sell-off took the heat off of technical indicators. The otherwise overbought technical readings were replaced by neutral levels. The healthy correction will spark the next bull run provided the buyers can use lower support levels as accumulation areas. The $0.0275 support has proven to be a fort allowing the bulls to collect TRX. The recovery reflex led the pair above the $0.0275 level and, in the process, post a few green buy candles on the technical front.

After the breakdown, Tron price found stable ground near $0.03, where the 100-hour simple moving average lies. The immediate support at $0.0310 provided the next refuge where the pair rests at present.

The Relative Strength Index reading is mid-way at 51, meaning the pair is ready to go higher. The crossover of MACD shows that bulls are emerging on the sidelines to take the pair higher.

Buy orders can rise sharply if the pair closes the day above $0.0305. The lack of liquidity on the weekend can contribute to some wild bullish moves. The same factor can also wreak havoc on the price action if bears take over. The shrinking Bollinger Bands are now closing in near the $0.034 level.

A breakout from the seller zone at $0.03 will help the pair enter the bullish Tron price prediction realm. The moving averages are on the verge of a crossover on the hourly timeframe. Sideways trading will also work in the bull’s favor since the pair will consolidate above key resistances over the weekend and wait for buyers next week.

The past few weekends have worked well for the bulls to push prices higher. Bitcoin and altcoins have risen on the back of thin weekend volumes data. However, the current correction is different. The decline has affected the hourly charts only. The daily charts are still in a bullish Tron price prediction.

The Tron price prediction on weekly and daily timeframe is still relatively overbought. But history has proven that assets tend to ignore overbought signals when in an extended bull run. The hourly consolidation will only help cool down the overheated technical indicators. A stagnation above the 100-hour SMA will only strengthen the uptrend.

Bulls will have to guard the $0.028 fort fiercely if they want the uptrend to remain alive. Any decline below the $0.028 level will take the pair to $0.026. As of today, the long-term bullish Tron price prediction is in play. 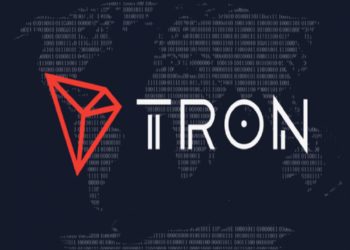 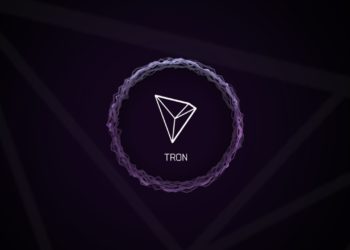