TRON price analysis; holding in greens at the end of April 2019 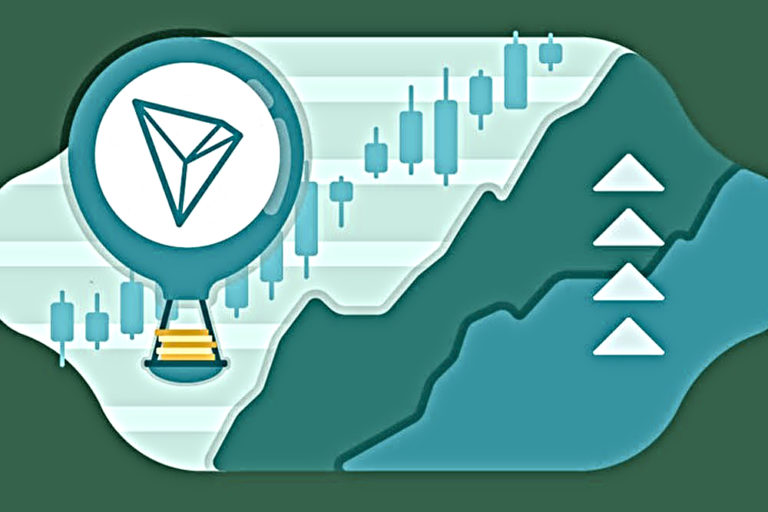 TRON is the world’s largest blockchain based crypto operating system in the world. It is an ambitious project devoted to building the framework for a truly decentralized Internet.

TRON based TRX in its mid-term outlook is experiencing a downtrend. The slow pace of the market has been regulating the market in past weekend as TRX’s cost stayed below its EMAs’ boundary, inside the range.

The low claim zone of the range was at $0.02550 which was later broken after the opening of yesterday’s session. 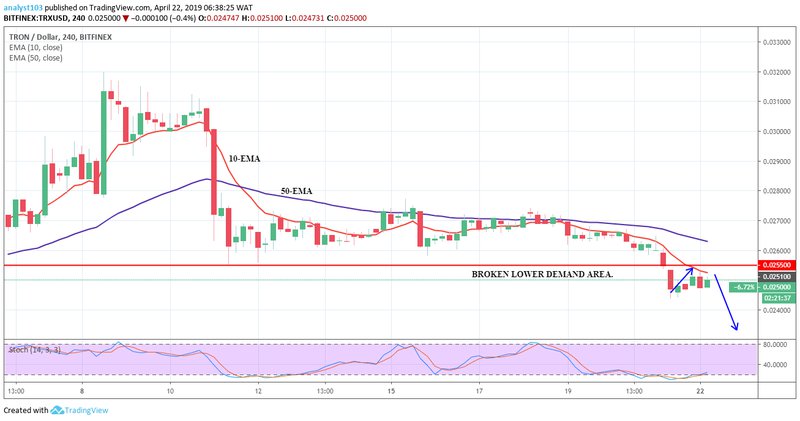 TRX fell to 0.02437 dollars in-demand area, a low observed before the bullish trend could push the cost of TRX up. This event resulted in a peak of about 0.02523 dollars.

The hight and forward upward movement was vetoed at the 10-day EMA. Presently, the TRX is far behind its EMAs which points at the fact that the price is experiencing a downtrend.

The 0.0234 dollar mark is expected to be constant for a while. Similarly, the pace of the cryptocurrency market is currently facing a bearish trend, especially in its temporary outlook.

This slow pace has managed to disrupt the lower demand area of the range at 0.02601 dollars by an inverted hammer during 21st April’s exchange period.

Resultantly, the cost of TRX’s further dragged down to the level of 0.02437 dollars in the demand zone before the setting in of collapse.

Hence, EMAs are far spaced out which puts forward a robust downtrend in the market. This downtrend is expected to be authenticated by the indicators from the Stochastic Oscillators, which are currently directing towards a low at level 33.

At the time of publishing, TRON is playing int he greens by a rise of almost half a percent (0.40%) in the price, the trend today shows that the currency has been fluctuating but stabilizing in the greens for now.