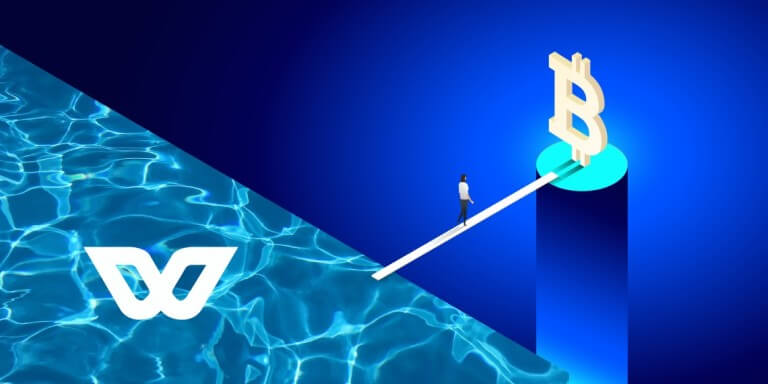 Blockchain technology has come a long way in the last decade, gradually evolving over the last decade and impacting different sectors to become more than a store of value. Decentralized ledger technology, smart contract and automation, and tokenization – these core qualities make the blockchain an attractive proposition for forward-thinking systems.

Its most popular use case is as a means for cross-border payments and settlements. It is expected to be worth nearly $1.5 billion by 2030, at an average of 85.9% yearly. 60% of CIOs considered integrating blockchain technology as of 2020, and 55% of healthcare applications will have adopted the technology into their systems by 2025.

The industry’s growth is put into perspective when one considers that only 2.8% of the world’s population is using blockchain technology. One sector that also needs to seriously consider blockchain integration is the global water supply system.

Water is the foundation of all life. The human body is 60-80% water; the average person needs at least two (2) liters of clean drinking water daily for survival. Water covers about 70% of the earth’s surface. However, drinking water accounts for only 3% of the total volume, with two-thirds of the volume bound in glaciers. It implies that humans have access to only 1% of the water on earth, and most of the supply is underground.

Water consumption has increased significantly at a rate of about 1% yearly over the past decades. More than 30% of the world’s largest groundwater systems are already in distress. This deteriorating condition is due to the global pattern of population growth, economic development, and changing consumption patterns, causing global water demand to increase by 600% over 100 years.

This increased demand has led to more challenges regarding access to clean drinking water. One in four people was without access to safe drinking water services in 2020. Scientific reports also predict that almost 6 billion people from the projected global population of 9.4 – 10.2 billion people will experience clean water scarcity by 2050.

Overconsumption of water, geographical access limitations, deteriorating infrastructure, and pollution also negatively impact the supply of clean drinking water. These are some of the factors that contribute to the growing problem of accessibility to clean drinking water globally.

The trend of increasing water demand and consumption, accompanied by poor resource management, indicates that the problem will persist into the future until it becomes a global emergency.

Even though technological advancements have allowed more options to produce drinking water artificially, these processes are energy-consuming and significantly impact other naturally occurring processes. The process becomes less desirable considering the quality and quantity of the water produced compared to the natural water cycle. The process is only logical in places where the absence of natural water makes it a necessity.

From an energy-conscious, affordability, and accessibility perspective, most people cannot afford not to leverage nature’s free water purification system that provides clean drinking water through the natural water cycle.

Blockchain-based ecosystems have certain distinctions that make them efficient and the popular option for improving many traditional sectors. The Water150 project uses a unique set of criteria, rules, regulations, and incentives to leverage automation and decentralized ledger systems into an innovative ecosystem around natural water resources.

The entire ecosystem revolves around the W150 token, the native cryptocurrency of the Water150 project and facilitator of the blockchain-based water ecosystem.

The acronym “DLT” stands for “distributed ledger technology.” It is often used to refer to “blockchain,” even though it is only one aspect of the blockchain. At its core, DLT promotes transparency and trustlessness in a system because any user can verify transaction records and other essential data.

This “embedded” trust facilitates the decentralization of systems that would otherwise have depended on central actors, authorities, or intermediaries. In its current state, we are in the middle of a power grab for water resources worldwide.

The Water150 project aims to disrupt this trend while ensuring transparency. Hence, no single individual or group controls the information on the supply and price of water. Each W150 token will maintain its tag to one 1L of water allocated every year, irrespective of the crypto market condition – bull or bear market.

Furthermore, blockchain allows for the representation and trade of physical or virtual goods as digital assets known as “tokens.” It makes liquid trade markets accessible to everyone, a previously unavailable market in the case of drinking water sources as a resource. The project’s strategic token minting phases and sound tokenomics aim to prevent uncontrolled inflation and keep pace with its three-year schedule for full coverage, where 1 unit of the W150 token will represent 1L of water in a 1:1 peg.

Early token holders can potentially earn exponential returns on their initial investment to support the Water150 ecosystem by the time the token attains 1:1 token to water coverage. In exchange for fiat or crypto, they can also sell their excess or unused yearly-issued drop tokens to private users, and central governments with a pressing need for clean drinking water.

Smart contracts have been defined as “automatable and enforceable agreements,” that can be read and executed by computers. They are computing processes that are automatically triggered when predefined conditions are met.