The $125m Blockchain give away isn’t worth it: expert reveals 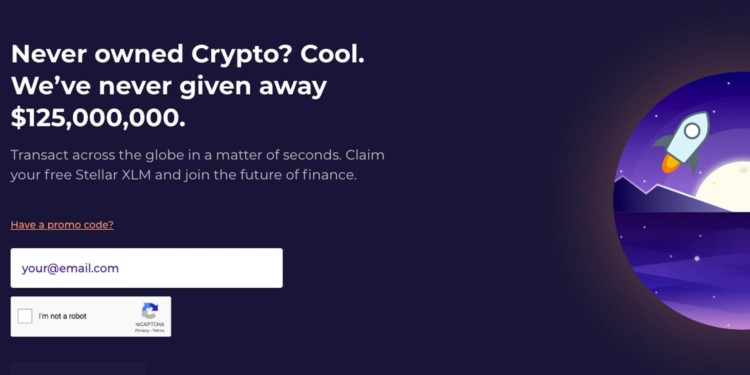 blokchain 125m xlm give away isnt worth the trouble expert reveals

Blockchain has announced the biggest give away in the history of the cryptocurrencies, yup we are talking about the hundred and twenty-five million XLM giveaway announced by Blockchain. It’s all over the news and thousands if not millions around the globe have signed up the waiting list for some free dough.

The blockchain is promoting the waiting list rigorously before they start giving away amounts between $25 – $20 in Stellar, an altcoin that has recently been added on the network. This is a simple give away that requires users; new and old alike, to share their Blockchain wallet address with the firm, or is it really that simple?

Blockchain and Crypto activist Udi Wertheimer has bashed Blockchain idea to be a cheap gimmick in order to acquire data that is worth a much more than hundred and twenty-five million, without ever having to ask for the data itself.

Today @blockchain.info came up with a new idea: go through a KYC process with your wallet account, potentially holding 7 years of Bitcoin transaction history, to get $25 worth of some random penny stock.

Please don’t do this. If you want $25-worth of $XLM for some reason, buy it pic.twitter.com/redesYhLMG

Wertheimer explained in his tweet that the claim process require to verify your identity using your wallet credentials and in the process, the wallet transaction history will be shared with Blockchain.info. In his own case, it is seven-year history that he is adamant not to share for mere $25.

He goes on to request users already trading the currencies not to fall for the “unworthy” idea and instead simply buy XLM worth the same amount instead of receiving a “penny stock” of the same worth at the cost of transaction history.

In the age of Big data, it is no secret that the transaction history of millions of traders already on the waiting list must be worth a fortune that would certainly worth more than the giveaway amount.

Wertheimer, however, overlooked the fact that the transaction is actually a good deal for newbies since they don’t have much to lose but some free XLM to earn in this giveaway.

And of course, not to mention that Blockchain is promoting the giveaway to new users rather than old traders.