Thank You, Elon Musk and Reddit, for the Uptober 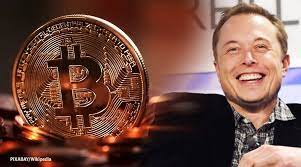 If there is one man that thinks bigger than the rest of the world, that would be Elon Musk. He is always ahead of his time, whether in space shipping, the stock market, cryptocurrencies, or social media influencing. Recently, he has been in the news regarding his plan to buy Twitter. The news has moved the market in the upward direction again.

Additionally, the Reddit plan to provide millions of Collectibles Avatars to the world has moved the market. Though the market has been reddish for the last year, such news adds more energy to the market. Thanks to this news, the month of October 2022 saw some recovery and stability.

As stated earlier, Elon Musk always dreams big. According to Bloomberg, Musk’s Attorney has sent a letter to Twitter to buy the Twitter Company for its original price of $54.20 per share. Like his other companies, he plans to make unique and bold changes on Twitter.

The New York Times reports that he is planning to increase Twitter revenue to $26.4 billion by 2028, reduce reliance on advertising to less than 50% from 90%, increase average revenue per user by $5.39, and increase the number of users to 931 million by the end of 2028.

The immediate impact was on DogeCoin, and it should be because there is a long history between Elon Musk and DogeCoin. Due to Elon Musk’s initial tweets, DogeCoin saw a thousand percent increase in its price in days. His one tweet is enough to manipulate the market

The market also showed an upward trend in October due to the Reddit Collectibles Avatars. These NFTs are like Digital items that Polygon Blockchain backs. This plan was first mocked by many. However, these Avatars proved to be very productive. According to Dune Analytics, there are 2,838,347 collectible holders with total sales of 25,556 collectibles and USD$ 7,362,362 total sales volume.

Reddit is one of the most famous social media platforms, with 1.5 billion registered users. Any of the registered users can sell, buy, and trade these Avatars. This brings the digital market to the hands of common people, which will be very helpful in the near future.

Additionally, the Polygon Coin’s prices also increased in the month of October due to this news. According to Coin Market Cap, the price of Polygon is increased from $0.7155 to $0.9642; however, it is now trading $0.9195 with a 1% increase in the last 24 hours.

So the Reddit Collectibles have impacted the bearish market up to some extent. It will make a very difference if 25% of the users start trading the avatars. This might be the next big thing in the crypto market.

The market has been bearish for the last year, and many investors were dismal and confused about the future of crypto. However, the month of October proved to be very stable because of some good news. As the world is fighting a new recession, crypto is probably gone through that stage. The market is now stabilizing and might see a new bullish trend in the near future.

News like that of Elon Musk and Reddit would give more energy to the market, and it might clear the way to a new all-time high for many crypto coins.