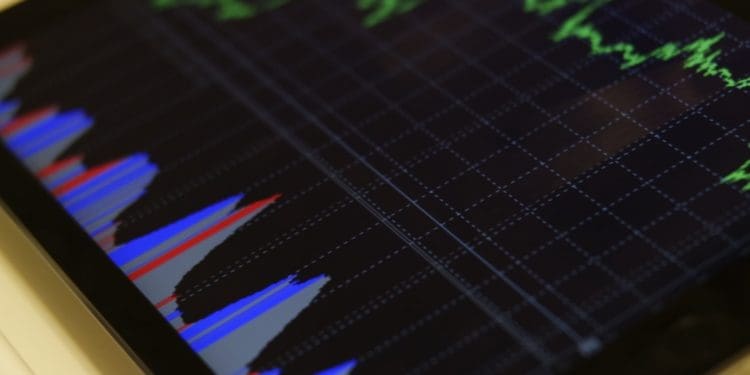 The technical indicators for the XTZ/USD pair did reset back on March 12 but are back to upbeat again. The technicals for Tezos price against bitcoin indicate even a more bullish image. Over the past several months, Tezos has been the best performing cryptocurrency, with its substantial surge only challenged by LINK. 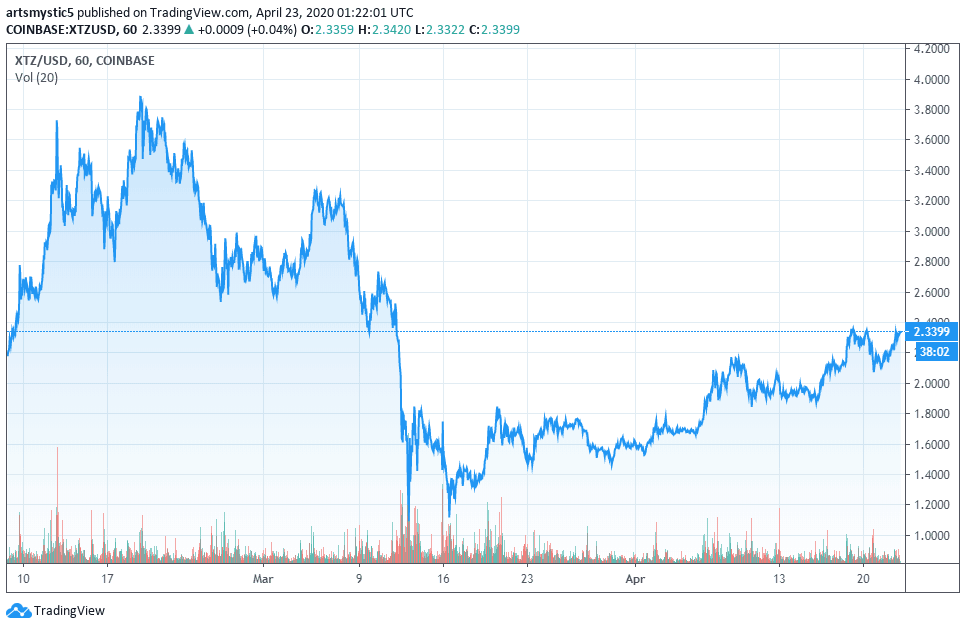 The relative strength has seen Tezos balk on gravitational laws, experiencing an upwards surge so robust that bears have been unsuccessful in intimidating or invalidating it. The catalyst for the positive trend has been the prevalent bullishness discerned by the proof-of-stake(PoS) sector, with the majority of XTZ peers also seeing an upward trend.

Currently, XTZ is trading at $2.3525, a 7% rise from its daily lows of $2.09 24 hours earlier. Over the past couple of days, Tezos has experienced some substantial price fluctuation that has resulted in creating a relatively extensive trading range between $2.09 and $2.35.

XTZ is now trying to retest the range highs set several days back. The attempt could result in further momentum if Tezos price gets past this level. Additionally, these price ranges also represent the highest prices the digital currency has seen since its reset back on March 12. If the price breaks above these levels, it would be an essential move from a technical point of view. 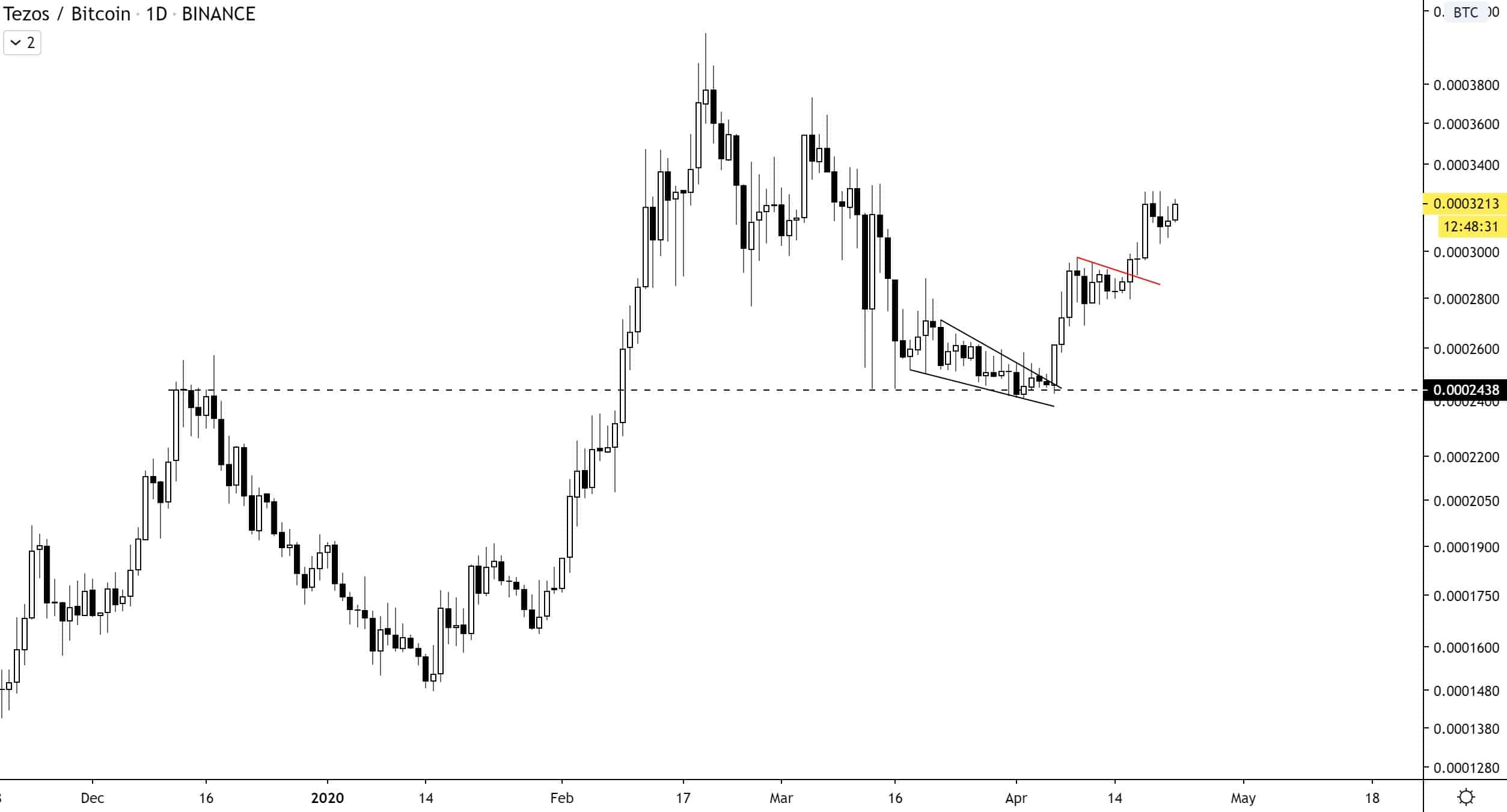 The technicals for the XTZ/BTC pair indicate a further upwards momentum. Its spot price lies in its all-time high price region with an unsettled bullish T cross. Strong downside support rests at the VPVR and psychological level of 20,000 sats, as well as the 200-day EMA at 23,000 sats. Over the next couple of days, a bullish in reaction to the latest price structure might push the spot price to all-time highs.