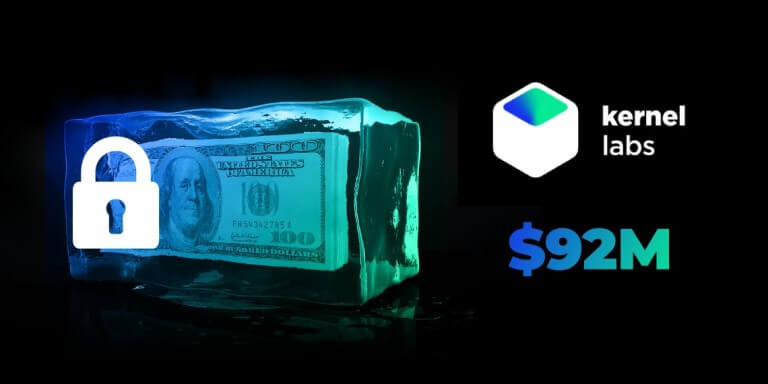 Six months after the collapse of Terra Luna, South Korean authorities are still investigating the incident. Today, a South Korean court has frozen $92 million in assets related to Terra tokens.

The CEO of Kernel Labs allegedly held the most significant proceeds from Terra.

Kernel Labs is a blockchain consultancy firm founded in 2018. The firm allegedly had tightly knit ties with Terraform Labs.

The collapse of Terra Luna’s algorithmic stablecoin in May 2022 set the ground for the crypto winter of 2022. The failure profoundly impacted the industry, and investors suffered significant losses to the tune of some contemplating suicide.

Terra algorithmically connected the LUNA token to a stablecoin UST. They set up the two coins so that LUNA absorbed UST’s shocks to maintain its stability and price correspondence to the US dollar. The setup, however, crumbled into a death spiral resulting in the loss of billions of investor funds. The platform’s CEO, Do Kwon, remains at large.

In May 2022, Kernel labs allegedly received $4.8 million from its sister company, Terraform labs. While the motive was unclear, the transactions between Do Kwon and the company seemed suspicious. The transactions occurred when Do Kwon faced tax evasion charges with an order to pay $80 million.

According to the allegations reported by KBS,  locals said that Kernel Labs and Terra were the same entity.

Multiple judgments have been made related to the case. In early December, a South Korean court rejected the arrest warrant for Terra co-founder Shin Hyun-Seong citing little for the cofounder to destroy evidence. However, in November, authorities seized $108 million worth of Won from the co-founder.

Do Kwon, the villain in the narrative remains at large and faces legal action in South Korea. Although it is improbable for Kwon ever to set foot in the country, his whereabouts remain unknown.

The report, shared by Hankyung, indicated that prosecutors received the green light from the Seoul Southern District Court to seize the assets of seven people involved in trading pre-issued Terra making astronomical returns.

Prosecutors argued Kim, CEO of Kernel Labs, made illegal profits totaling $61 million and that another former CEO made $31 million.

In 2021, Kim made significant real estate investments in South Korea, including a building in Gangnam-gu, the most expensive area in Seoul, for $27 million. In June, he also bought an apartment in Seongdong-gu for approximately $7 million.

Following the collapse of FTX, some prosecutors weighed in on the possibility of Sam Banman-Fried, the exchange’s former CEO, being responsible for the Terra Luna collapse that wiped out $40 billion off the crypto market.

In a Twitter thread, Do Kwon shared that he believed Genesis Trading provided UST tokens to SBF and Alameda, who sold the tokens on Curve pool, causing UST depeg. SBF distanced himself from all these claims.

Terra Luna and FTX collapse are widely considered the biggest failures of crypto in 2022.