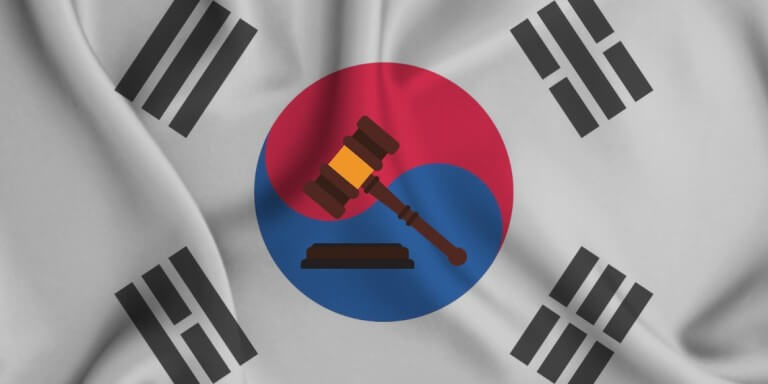 Some in the crypto community argue that the crash of Terra LUNA and UST opened up crypto for a fall. They are not wrong. Since the collapse of Terra, the crypto community has been on a downward spiral for months. Law enforcement all over the world have been on the hunt for crypto criminals especially Do Kwon and his associates.

The South Korean courts have rendered an unusual verdict in the Terra case over the past several hours. A South Korean court canceled the arrest order for Daniel Shin, who co-founded stablecoin issuer Terraform Labs alongside Do Kwon, on the first Saturday of December 2022.

The crypto community is in complete disarray because of a recent move by a South Korean judge. Reportedly, a Seoul Southern District Court judge dismissed arrest warrants for Terra co-founder Shin Hyun-Seong, 3 Terra investors, and 4 developers.

South Korea’s Yonhap News Agency reported on 3 December 2022 that Judge Hong Jin-Pyo stated there was a low likelihood of Shin or the Terra partners destroying evidence linked to the prosecution against the crypto company. According to reports, the judge rejected warrants issued by the Seoul Southern District Prosecutor’s Office on November 29.

According to the report, Terra co-founder Do Kwon, who is also facing legal action in South Korea for his involvement in the company’s demise, is highly unlikely to return to the country. There have been unconfirmed claims of Do Kwon’s whereabouts following the destruction of Terra.

In their request for a warrant, prosecutors say that Shin hid pre-issued Luna from investors and subsequently sold them at a premium price. Additionally, he is suspected of stealing 140 billion won, or $105 million, in unlawful token sale revenues.

Additionally, Shin is accused of violating the Electronic Financial Transactions Act. According to official reports, he allegedly obtained user information and finances from the fintech company Chai Corp and used the information to advance Luna.

This is not the first time a South Korean court has thrown out a case involving the Terra ecosystem. In October, law enforcement authorities detained Yoo Mo, the chief executive officer of Terraform Labs. However, within 48 hours, Judge Hong quashed the warrant in a similar fashion.

According to the judge, the “necessity and significance” of the arrest was difficult to discern. Hong Jin-Pyo, the top judge in charge of warrants at the Seoul Southern District Court, was quoted in a local news source as saying:

Considering the attitude toward the investigation, the circumstances, process and contents of the statement, it is difficult to see that there is a risk of destroying evidence or escaping beyond the scope of exercising the right to legitimate defense.

The court acknowledged the gravity of the allegations but, under the guise of protecting the defendant’s right to a defense, opted to deny the arrest warrants for those who had generated excessive gains. Following court results, the prosecutor’s office sent a text message stating, “It is hard to understand the court’s decision.” The same sentiment was shared by crypto investors who suffered losses.

Shin’s attorneys described the court’s verdict as “sound judgment” in a text message. Now it remains to be seen what effect their release will have on the Terra case and on the investors who suffered losses. Prosecutors will assess the dismissal and decide whether to issue another arrest warrant.

The hedge fund Three Arrows Capital and crypto lenders Celsius Network and Voyager Digital have been among the most noteworthy. Due to these attractive new revenue streams, some law firms have been able to generate fees in excess of $100 million.

Except in bankruptcy situations, billing rates across law firms are typically not disclosed to the public. Kirkland & Ellis, a U.S. legal firm, has been a key representative in a number of the cases thus far. In addition to representing BlockFi, the firm also represents Celsius Network and Voyager Digital as lead counsel.

Insolvency law firms are raking in a fortune from crypto organizations that have contributed to poor crypto market conditions. Sullivan & Cromwell, a Wall Street company, has been serving as bankruptcy counsel for FTX. Prior court documents suggest that the firm charged up to $1,825 per hour. Their costs have not been disclosed. Apparently, the crypto winter is not cold for everyone.