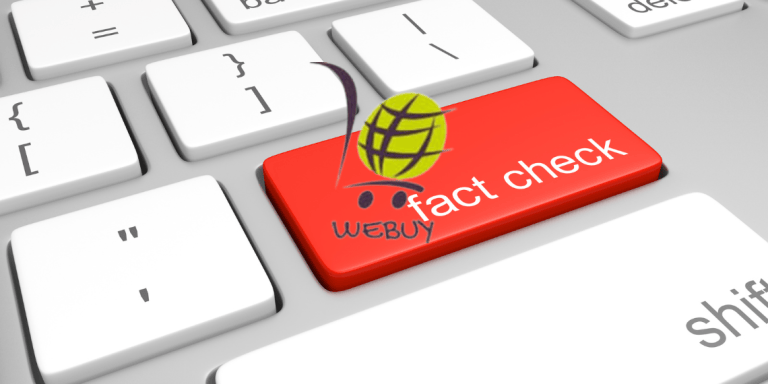 “Do your own research!”

If you had a penny for the number of times you made this statement in the last couple of years, you’d probably have a lot of NFTs sitting pretty in your wallet. Or maybe you’d have lost it to one of the many Bitcoin killers, next big things, and potential 1000x projects that pop up on your timeline every other month.

Now that I have your attention on a relatable topic, let’s talk about something else that gets my goat. This article does not get unnecessarily technical at any point. You still have to follow closely, so I don’t lose you when we begin to talk about two projects that ran concurrently, overlapped, and collaborated to display desperate depths of ineptitude and absolute lack of accountability.

I’ve been around in the blockchain space for a long time, and I’ve seen ineptitude and a lack of accountability. Why was this one any different? Well, this time around, I saw it happen, and it was totally avoidable. One thing I can tell you before we go any further is that this level of capitulation requires a serious commitment to unsubstantiated claims as well as a complete disregard for contrary opinions and cautionary tales from associates.

“Do your own research” is a standard disclaimer among crypto space participants, and that’s because we often find ourselves speculating with friends and even strangers online about our investment behaviors and tactics. This disclaimer shows that you acknowledge that you’re no professional investment advisor, and you’d expect some form of responsibility from the person you’re talking to.

It means that you’d expect the person to do some more fact-checking, and probably show some level of discretion and responsibility. Although, how much research can one person do? Most times, all you have is an internet-enabled device and a search engine. Somehow, you still have to make the correct decision with limited resources, or at least not fall for very obviously fraudulent projects. So, when you have more resources, you’d expect better decision-making.

Unfortunately, we can’t say as much for the WeBuy project. A project that promised to be a “1000x project” and had gathered an extensive network of partners and advisors somehow fell for an obviously fraudulent investment. That does not just happen. There’s an interesting story here and if you don’t know how it all happened, I’ll help you out – the buck stops with Emil Guberman, the Founder. Working with Emil was a series of bad decisions, tantrums, long periods of silence, and unassured decision-making.

It’s not like anybody that worked with him on the WeBuy project had glowing recommendations for him. Investors aren’t queueing to shower adulations on the man either. The WeBuy website has since gone offline, with no winners in the end, except for maybe the ones that wrung investor funds out of the project’s wallet.

How did it happen?

Cryptopolitan had the scoop on a story in 2019 that focused on the ineptitude and lack of accountability displayed by the LATOKEN project. The article explored how LATOKEN promised almost unachievable levels of progress (think in the 1000x region) in record time based on bogus market analysis, vague strategies, poor communication skills, and a pattern of failing to deliver on multiple occasions.

Somewhere in the article (in the section about how they interact with their corporate partners), you’ll find details about Emil’s interactions with the LATOKEN project on behalf of WeBuy, his team members, investors, and community members.

What we saw in that section was how Emil was left holding a dead rabbit as he fell for the oldest trick in the book – optical illusions, flashing lights, and misdirection. You’d have to be a hopeless romantic or you’ll believe almost anything if you thought a project would reach the $1.2 trillion market capitalization in five years. Of course, all of this happened against the better judgment and advice of his associates.

As expected, LATOKEN failed to deliver on its promise to WeBuy after receiving a 3 BTC payment for a campaign that failed to convert a single sale. The LATOKEN project failed even more spectacularly, too. A cursory look at the project’s market data shows how far it is from its billion-dollar predictions, and unsurprisingly too. As we noted earlier, their market analyses were not based on any objective data. As we have seen on many occasions, “WAGMI” is not a foolproof go-to-market strategy.

According to a famous excerpt from George Bernard Shaw’s 1903 drama series, Man and Superman, “Those who can, do; those who can’t, teach.” Even though the original quote meant to highlight how teachers are just a tier below the expert level in their fields, we now know better. Teachers are no less skilled than their counterparts with industry experience. They just excel at passing on their knowledge better than others.

It takes more than a vision to become a leader in this space. Some self-awareness to help you leverage your most prominent skills and improve your weaknesses won’t be bad either. These are qualities that Emil does not have in any substantial quantity, and it became painfully obvious in our interactions while working together on the WeBuy project. Everyone excels at different things – some people are management material, and some are not.

Emil was certainly not management material. Other than his underdeveloped communication skills which included ignoring team members for weeks, he often resorted to outbursts when pressed for a response to pertinent project questions.

When you are active for long enough in any space, you’ll get very close to seeing it all. I saw it all while I worked with Emil. I was mostly astounded by the lack of responsibility and unaccountability to the people he worked with and for.

Emil could have bought a genie’s lamp, a magic bean, or even a magic carpet, and we would have found a way to laugh about it after some time! After all, two years is a long time to rue your mistakes and find the humor in your naivete. However, you only get to that place where you grow from your mistakes after you’ve taken the lessons from the experience.

Our dear friend has definitely moved on, but not in any way to inspire confidence in himself or his future endeavors. Up to this moment, Emil has still not fulfilled his commitment to WeBuy’s partners and investors, and he seems to have moved on to another project now – GeoCloud. Hopefully, things go better this time, but if history is any indicator (and indeed, it is), I wouldn’t get my hopes up.

We have many references to the most successful people in history and the many failed attempts that precede their big break. Making a global impact is not a one-time thing, and your failures prepare you for better attempts in the future. Most of us will lead very regular, average lives, which is okay too.

Dealing with investors’ funds is serious business, and it is reserved for only a few people with better judgment than the average person. It takes a lot of bravery to step forward and take on the responsibility and scrutiny of leadership roles. However, when you make that decision, the least you can do is give it a fair ol’ crack. And if you come up short, you can hold up your hands to those that believe in you knowing that you did your best, restrategize and go again.

What you cannot do is leave your LinkedIn profile unattended with dead links to a failed project, leave up a YouTube channel for a non-existing project, or remain incommunicado to the investors and partners that worked with you.

I hope that I’m wrong and things go better this time. I also hope you have the good judgment to demand accountability from the people you work with, especially when they have a questionable record. Someone has to be the adult in the room, and when you’re working with Emil, most times, it has to be you.

6 mins read
How Can Cryptocurrencies be Frozen on a Blockchain?
31 January, 2023

6 mins read
OpenSea Vs Blur: Who is winning the NFT marketplace game?
31 January, 2023