Singapore seeks to learn from crypto trading through Blockchain. 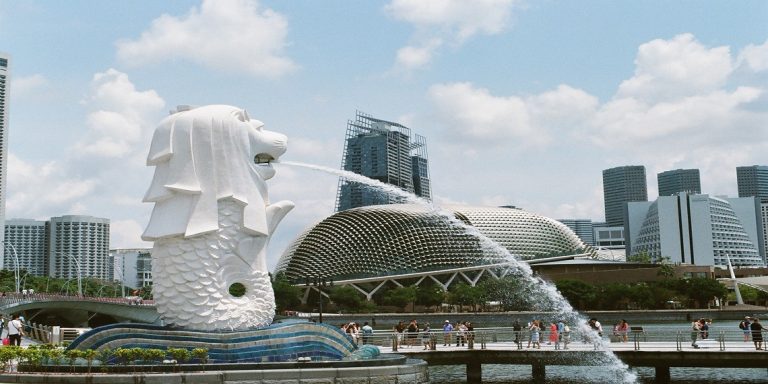 • Regulators in Singapore have changed their perspective on the crypto industry and want to become the most relevant financial point in the world• Guardian Scheme seeks to learn more about cryptos, Dapps, and DeFi operations

Recently, the biggest regulatory authority in Singapore, the MAS group, mentioned that it could explore crypto negotiations within Blockchains. According to reports, the regulators would be working with approved companies in their system that function as a trust-based on cryptos. But the US firm JP Morgan, Marketnode, and the DBS bank would support the MAS project.

Crypto trading is still in recession, but industry developments are still emerging. The Guardian scheme, as the regulator in Singapore, gave it a name, would be launched in the coming days showing that regulators in the country in Asia seek to engage with crypto under their own rules.

Singapore has been identified as one of the largest crypto regulators in Asia, except for China, which banned cryptocurrency trading altogether. Yet, the latest announcements have left enthusiasts in the industry stunned. This is the new project named “Guardian” that seeks the negotiation of cryptos through traditional Blockchains. This would be a great advance for the virtual market in the territory. MAS, the country’s highest regulatory authority, announced its new scheme during the Tuesday Asia Tech event.

According to reports, the project plans to explore Dapps, DeFi operations, crypto credits, and other scenarios based on decentralized currencies. Mohanty Sopnendu, the head of the technology area at MAS, said this exploration would aim to get to know the market in-depth, how to use it, and the dangers it addresses. In this way, shortly, MAS will devise a crypto adoption campaign, reducing the risks involved in virtual commerce.

Companies in the Guardian scheme

The entire Guardian scheme devised by the regulators in Singapore would not be possible without the support of the US bank JP Morgan and the firm DBS. Both companies have experience in the virtual industry to support the country in Asia, which is why they gain relevance in the project.

With DBS, the bank would present itself to the crypto market with an investment fund in secure cryptos or STO that would exceed $11,000,000. But JP Morgan’s banking extension, Onyx Network, has succeeded in deals valued at over $300,000,000.

Singapore would be preparing for an imminent crypto adoption guided by two greats in the industry that, to date, have succeeded in North America. If successful, the country would earn the prestige of being a financial hotspot for Asia and globally.

Singapore now has a simple crypto adoption where only the exchanges that the national regulator considers sufficient based on their reputation and experience in the field would be working. MAS is expected to announce progress on the Guardian scheme in the coming months as its regulators delve deeper into crypto.