The Shiba Inu price analysis is positive today, as the major resistance of $0.000035 was revisited as support, and no additional declines were observed. As a result, when SHIB/USD steadies, we anticipate further attempts to push higher.

On the 4-hour chart, we can see that the Shiba Inu price is beginning to consolidate around $0.00004, where it found support after a brief retest of $0.000035 as support. 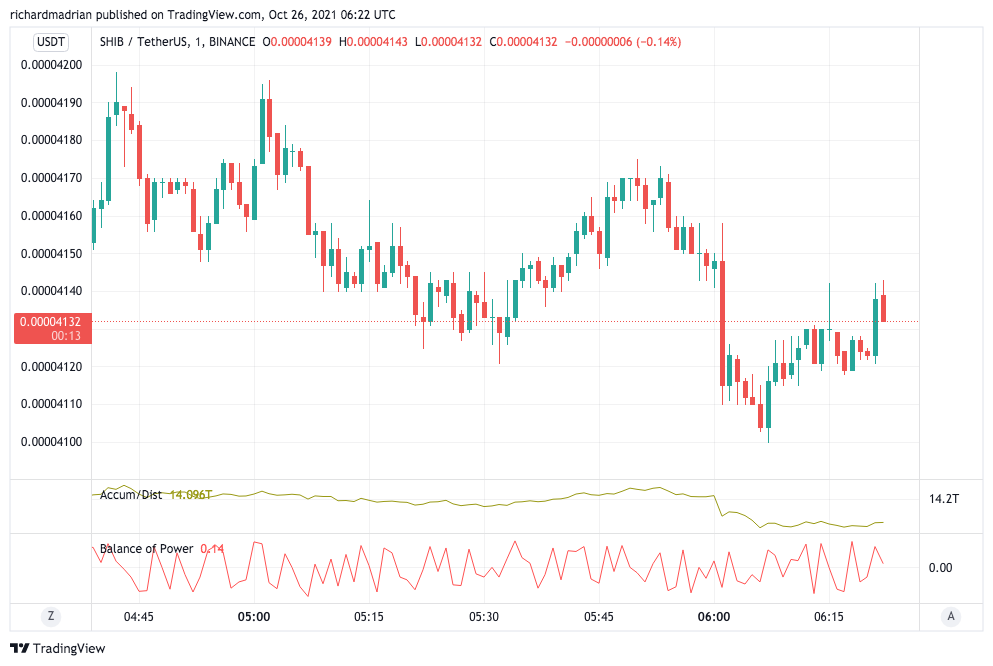 After a strong rally established a new all-time high of $0.000035 at the beginning of October, Shiba Inu prices spent several weeks in quiet sideways movement. SHIB/USD then retraced to $0.00002 before being halted at $0.000032 by additional upside buying.

SHIB/USD appeared to be finding support at the $0.000025 level and then climbed steadily up through $0.00003 resistance before returning to consolidation. On Saturday, the marketplace rallied again after some further consolidation.

As a result of the lower high from May 15, Shiba Inu’s price analysis is bullish. As a new higher low has been established at the previous all-time high of $0.000035, we anticipate that SHIB/USD will attempt to rise further.

While waiting for Shiba Inu to move further, read our guides on LTC wallets, Gero wallets, and  Defi wallets.