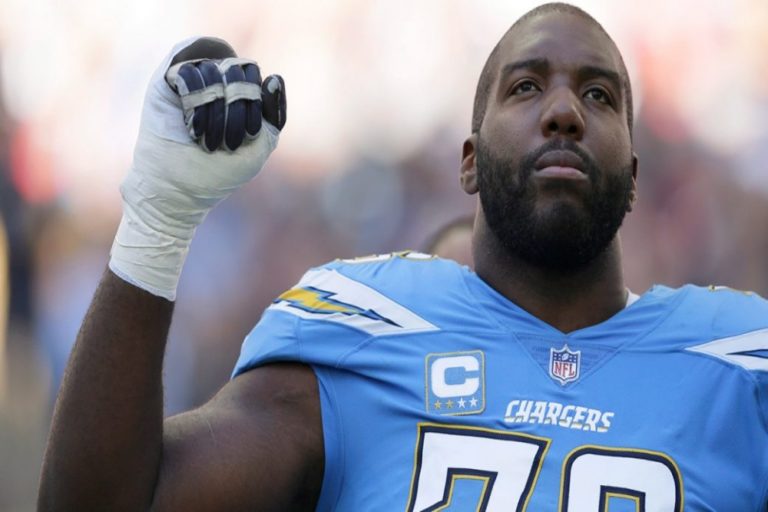 The meetup is aimed at shedding light on the rudiments of Bitcoin and other cryptocurrencies. Slated to kick-off on Sep 01 in Los Angeles, the NFL veteran will draw attention to the much-needed commercialization of Bitcoin.

In 2019, the Chargers’ left tackle drew much attention with several pro-Bitcoin tweets. He even requested his wages to be paid in Bitcoin. Together with Buffalo Bills’ quarterback, Matt Barkley, the duo went all out in making their pro-Bitcoiner status known to the public.

NFL Quarterback @MattBarkley tried to get the San Francisco 49ers and Cincinnati Bengals to each pay his contracts in Bitcoin.

Neither would do it.

Come September, Okung will be heading the meetup with guns blazing, determined to span Bitcoin’s reach and hoist awareness of its capabilities. The one-day event will be held for Bitcoin first-timers and hosted by the Super Bowl’s hit player in a bid to tackle the Bitcoin-related inhibitions.

What’s in store for the Bitcoin beginners?

Okung agrees that he has personally dealt with many insecurities over cryptocurrencies and stresses on how people were being misled over the years. He is in the process of shaping multiple concise and informative sessions with the help of some famous Bitcoin zealots, he further reveals.

I will be hosting a one-day event Sunday, Sept 1st in LA for Bitcoin rookies. I’m excited to jump in more personally to help advance efforts for mainstream adoption. 🚀

Okung further stresses on the fact that the existing crypto community is packed with misapprehensions, which is a leading cause of scams and criticism. According to him, the market, still in its preparatory stage, hosts several cryptocurrency beginners who are apprehensive about Bitcoin’s future projections and potentiality.

Thus, the event presentation will most likely cover Bitcoin’s potential mainstream adoption and untangle the web of cryptocurrency misbeliefs. Given the significant portion of American football star’s Twitter activity is dedicated to Bitcoin trading, it is believed that the event will address issues related to storing Bitcoins and profitable trading indicators.

Without procuring the essential details of the meetup, such as the key speakers, attendees, sponsors and topics of discussion, it is impossible to predict whether or not the session will manage to leave a mark. Nevertheless, it is a welcome gesture from a country excessively occupied in bashing any cryptocurrency-related development.