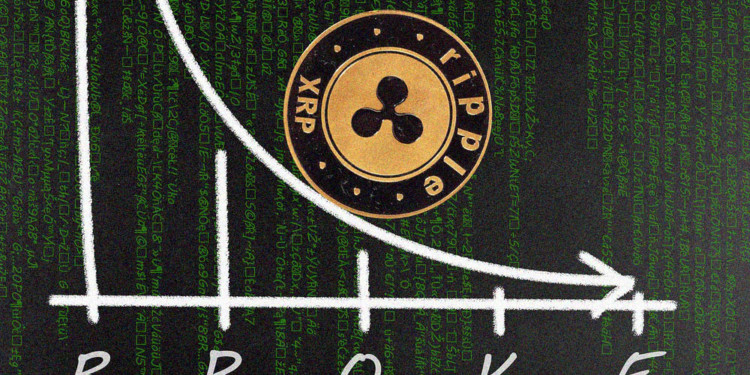 Ripple XRP price has hit a new rock bottom and is currently trading at $0.2453 at the time of writing. While Bitcoin (BTC) is experiencing a severe low since yesterday while it broke from being the leading asset of the market camp.

This bearish trend of Bitcoin price, which nosedived downed to the negation of fifteen percent (15%) of its total value, swooped along with various altcoins such as Ripple XRP price hit rock bottom and Ethereum, etc. followed suit.

This bearish movement of the market flattened all the profits made by these altcoins recently and set a new bar for the bear market lower than the last one, which may create the fear-of-missing-out (FOMO) effect.

Is Ripple XRP price, Bitcoin going down a good thing?

Once the bear position is reset, all the cryptocurrency investors will tend to buy it at a new, extremely lower price due to the setup of a new bearish target. This psychological phenomenon is known as the FOMO effect.

It is thus believed This effect will lead to investments in the cryptocurrencies which will boost their market value up to three hundred percent (300%).

Even though, various altcoins such as Ethereum and Ripple XRP price boosted at a level above Bitcoin but quickly had a disintegrated fall. Thus, the bullish parabola of Bitcoin (BTC) has always been exemplary for all other altcoins. Thus, the altcoin performance at the stage will also dictate the Bitcoin’s situation.

The bearish trend faced by the altcoins at this point is problematic. Not only has it brought the altcoin market entirely down and ripped it of its relevance, but XRP is on the verge of reaching its worse bear position in years.

In the past, Ripple’s Swell conference has always had a constructive impact on Ripple XRP price and its market position. However, this year, even that conference failed to bring about a noticeable impact along with having investors give in to the system who buy the currency at three dollars ($3) succumbing to societal needs.

I'm on team bear until there is very convincing reversal signs on lower time frames. https://t.co/ELSbPYTtrW

The biggest fear right now, in the hearts of investors, is that they haven’t seen the last of this spell of cold, dry bearish winds on cryptocurrencies including Bitcoin and it may slide farther down.