Re: My Opinion on the Acrimonious Divorce Between Next Earth’s Current CEO, Gabor, and Former CMO, Yann 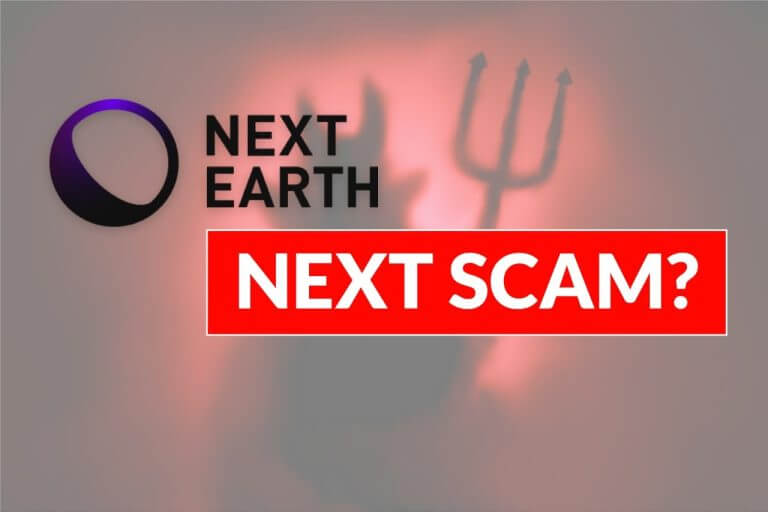 Re: My Opinion on the Acrimonious Divorce Between Next Earth’s Current CEO, Gabor, and Former CMO, Yann

Taking on establishments is never an easy task. That is why most people don’t bother, except for a handful of individuals with the resources and connections to go head-to-head with these multinational corporations. The ones that try get hit by consecutive SLAPPs (strategic lawsuits against public participation) that don’t stop until the plaintiff is buried and frustrated by legal fees.

Throughout human history, we’ve learned not to believe every contrary opinion because sometimes, people just want to spoil a good thing. However, no matter what you think about whistleblowers, history has also taught us to allow everyone the right to tell their stories and allow the public to decide from the available information.

There have been too many instances where one critical piece of evidence that could have turned an entire case on its head came a few years too late and, in some instances, after irreparable damage.

This article is not meant to support or attack anyone involved in the recent debate between Next Earth’s CEO and Founder, Gabor Retfalvi, and former Chief Marketing Officer, Yann Hadade.

Contents hide
1 In Case You Missed It
2 Working With Gabor and Next Earth
2.1 First Impressions
2.2 Highs That Don’t Last
2.3 Misplaced Priorities
2.4 The Straw That Broke the Camel’s Back
3 Hindsight is Always 20/20

In Case You Missed It

A quick summary for context and to lay the foundation for the rest of this piece – a few days ago, Next Earth announced on its Twitter page that it had parted ways with Yann and his team. The publication continued to say that the project was heading in a new direction, quickly announcing the appointment of a new Sales and Marketing Director – the relatively unknown Laszlo Gulyas. The same publication continued with Gabor’s glowing commendation of Laszlo’s credentials.

However, it was far from a clean or professional breakup because it did not take long for Yann to break the silence in a Twitter thread where he detailed his own account of how events unfolded. That was where things started to get interesting. Yann made a ‘few’ accusations about fund mismanagement, misplaced priorities, and a professional relationship that deteriorated over differing ideas to further the Next Earth cause.

A few differing opinions never hurt anyone since a diversity of thought is how innovative companies stay ahead of the field. However, the rest of the accusations are pretty serious and should not be taken lightly.

Unsurprisingly, Next Earth has threatened legal action against Yann. Whether it is an overreaction, a flagrant display of power, or an appropriate response is beyond the scope of this piece. This article is supposed to lend a third-party perspective from an insider whose relationship with Next Earth predates Yann’s and many others.

Before we go further – everything that will be shared is the writer’s personal experience and interpretation of events. It is not supposed to pass judgment or support any party.

While the lone voice in the wilderness is a phenomenon that has historical significance, most of those cases end tragically. While this article may seem to support one party more than the other, it is my experience exactly as I remember it. I guess I’m a sucker for the underdog, after all.

Working With Gabor and Next Earth

Every day, Belkin Marketing receives calls from potential clients, and I jump on most of those calls to discuss the details of a mutually beneficial arrangement. Sometimes, some of those calls go well from the introductions, and in some cases, it takes a little longer to be sold on the idea.

The first time I spoke to Gabor was in the late spring of 2021, and it was about Next Earth, and I was not convinced. My first impression was that it was a rip-off of Google Earth with a flavor of decentralization, which I told him without mincing words. My reputation as a straight talker preceded me, and I believe it is one of my better qualities.

Gabor also tried to pass himself off as a successful businessman. However, his budget (and probably available funds) for marketing did not correlate with what someone of his alleged stature should have.

All of that started to matter less and less as the conversation continued. Gabor is charismatic and had a vision that he could sell if you got past the unimpressive first impression. By the end of the call (which ran for longer than he initially scheduled), he had inspired me to make the best of a limited budget.

And the catch? A gentleman’s agreement to reinvest the proceeds from the first round of marketing into future development and belated remuneration for Belkin Marketing’s efforts for the cause.

Not a shabby arrangement, right?

Unfortunately, good times don’t last – on this earth or Next Earth.

While I ignored my instant gratification monkey and agreed to put my resources and connections into a passion project, it did not take long to realize the errors of my ways.

We raised over 8x of the initial commitment from Gabor, an impressive haul that the entire Next Earth team admitted on multiple occasions, on calls and texts with me and my team members. With the initial returns exceeding expectations, you’d expect things to progress according to the gentleman’s agreement, but they did not.

The Next Earth crew started throwing bureaucratic jargon at us, frustrating our efforts to claim what they owed us. Detailed reports and data analysis of our methods and results suddenly became a priority instead of progressing according to schedule. While this was not the worst thing that could happen to us because they actually paid for the time our staff spent compiling these reports, it felt like a colossal waste of resources that was indicative of misplaced priorities in epic proportions.

To be honest, that part was hard to take. We were experienced campaigners getting the run around by a team with almost zero blockchain experience just a few months earlier. Our role in their initial development was undebatable. I even remember a conversation where I emphasized Discord marketing instead of the regular Telegram route. That was around the time when Discord was preparing to unseat Telegram as the darling of the DeFi space.

Apparently, Gabor did not appreciate his luck when he got me to agree to work for almost nothing upfront. In the wrong hands, they would have quickly blown through his miserly capital, and the project would not have even gotten off the ground. On that note, I’ll assume partial responsibility for their initial success and zero accountability for what followed.

As we hit a wall (a figurative monument built with investors’ funds) with our efforts to progress our marketing strategy with Next Earth, we watched Gabor live the life of a serially successful crypto innovator. Just a few months from being unable to pay for our services, we were now being paid not to work while Gabor lived a life that concerned everyone – parties and a taste for the more exotic lifestyle.

I spoke to Gabor about the less than ideal situation, and the smooth talker that he was, he paid more lip service without any real intentions to change. With every passing day, he made it more obvious that I was now dispensable. He now had more than a dream – he had cash in the bank.

The Straw That Broke the Camel’s Back

Being a straight talker meant I would not bend over backward for anyone or anything. I had principles that I would never allow anyone to violate, and Gabor was getting dangerously close to pushing me over the edge.

There was no way I could continue to support Next Earth in good faith when I was no longer sure of the project’s direction. Bull markets don’t last forever, and when investors trust you with their money, you are responsible for spending every penny responsibly. Gabor did not share these values.

While I lost faith in Gabor, I wanted to make the breakup clean and professional. We had differing values, but I wanted Next Earth to succeed, even if I was done trying to convince Gabor to allow us to stick to a working strategy. That was why I put off this piece – to give Next Earth the best chance to grow:

Besides my reputation as a straight talker, I am also an advocate against all crypto scams – rug pulls, back doors in smart contracts, token sale scams, etc. So, it was vital for me to get out and absolve myself of any responsibility before things got even more scammy on Next Earth.

About two months after we broke off our working relationship and I cut all communications with Next Earth, I visited their website for some information. That was when I saw they still had Belkin Marketing as a marketing partner and me as an advisor. I was not impressed with that for obvious reasons.

To be fair, throughout that period, they reached out to me intermittently to get me back on the team. So, I still gave them the benefit of the doubt – maybe they retained hope for my return. However, I could live with my decision to cut ties, which meant it was a good decision.

In hindsight, I should not have ignored the first red flags I spotted, I should not have agreed to work for delayed remuneration, and I should have come up with this piece even earlier. However, all of that only seems apparent in hindsight. The next best time is now, and here we are.

It later became evident that Gabor was clipping our wings for personal reasons. He locked us out of accessing the next growth phase for selfish reasons – Gabor wanted to live the crypto billionaire lifestyle. Of course, all of this happened in the middle of a bull run for the ages. So, it did not matter that he switched up and got involved with a more malleable team. The funds continued to roll in until past the $2 million mark.

I had the good sense to separate the man that Gabor was from the Next Earth project. Of course, he had many opportunities to fix up, but he never did. Apparently, his habits persisted long after we parted ways. Looking back now, it seems most of the subsequent growth occurred despite Gabor’s best efforts to mess things up with his taste for the finer things.

I hope the readers see that there’s a method to my madness. This is me recounting my experience working with Gabor. Some portions may look like I am lending my voice to the lone voice in the wilderness, but I cannot help how you perceive it. I am only telling you about my experience, just as Yann is entitled to his, and Gabor too.

Why now? The community deserves to have all the evidence to make an informed decision. After all, that is the essence of public ledgers and decentralization. But if you ask me, if it looks like a duck, swims like a duck, and quacks like a duck, then it probably is a duck.