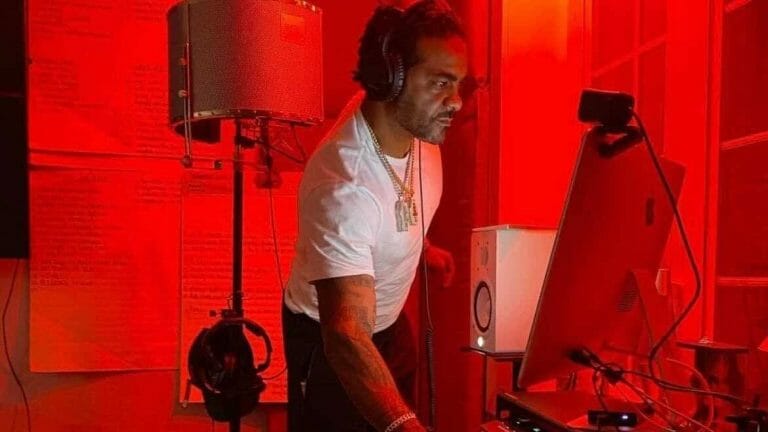 A much awaited event among ‘revolutionaries” is the well-attended exclusive $CapoCoin Launch Party, a Virtual Meet & Greet with Hip-Hop legend and Blockchain pioneer Jim Jones, of the Quarantine Studios fame, throwing in his lot with ZapLife really swings the party.

This exciting experience was livestreamed on the ZapLife app on Tuesday, March 2 at 8PM EST. The guests received up to 45,000 $CapoCoin depending on the ticket they purchased–Gold, Platinum, or Diamond. The Diamond ticket holders also received a Jim Jones NFT. There’s so much maturity in him, with all this new music and the confidence in blockchain.

An upcoming artist who attended the event, known as @212mal on Instagram, won a one-of-a-kind, limited edition NFT of Jim Jones’ VampLife chain. The winner went on to resell the NFT for 2.755 ETH (over $5,000 at the time of purchase) on Rarible.  NFTs have their challenges, their application in proving ownership for both digital and real-world assets is indispensable, as Jim Jones endorsed with his NFT.

NFTs and its Smart contract possess unique attributes like owner identity, accurate location of the artwork, web links, etc., which can be embedded in the work of art. Beyond this, Defi platforms and apps such as Rarible, Zora, Nifty Gateway, Foundation, and SuperRare have also emerged. All these platforms enable creatives of any kind, including digital artists, to monetize their creations.

Cryptokitties is a game on the Ethereum network in which players buy, sell, and breed cats represented by unique tokens created by a smart contract. People became aware of NFTs and many were impressed by its potential; however, this was short-lived. In late 2020, however, the crypto subsector began to re-emerge, and today, multimillion sales are being made out of non-fungible tokens.

Are NFTs the future of collectibles?

Some crypto enthusiasts believe that the non-fungible token is the future of collectibles. NFTs can expand the digital resource economy, giving users the means to prove their ownership of goods. NonFungible.com revealed that all NFT transactions’ total value increased from $62 million in 2019 to $250 million in 2020. The total number of active wallets transacting NFTs grew from about 112,000 in 2019 to 222,000 in 2020.

NFTs grew by a staggering 97% in one year, the number of sellers grew by 66%, while buyers increased by 24% within the same period. In 2020, the number of active wallet users increased exponentially, making enthusiasts believe there will be higher growth in 2021 and they were not wrong. Prominent investors like Mark Cuban and Chamath Palihapitiya are all bullish on the development of the NFT market.

Celebrity status, blockchain inalterability, and the allure of digital assets in the form of NFT tokens merged into one as U.S hip-hop artist, Soulja Boy auctioned some of his tweets off for a few thousand dollars. It started at exactly 5 PM on the 7th of March, when the popular rapper sent a tweet asking his followers: how do I sell my tweets?

A few moments later, the same tweet was autographed and sold at crypto tweets marketplace, Vincent, for about $1,288, equivalent to 0.07475 ETH. The transaction can be confirmed on the Ethereum blockchain, showing how the exchange took place. This is nothing compared to the Jim Jones feat on March 2 of 2.755 ETH on Rarible.

Jim Jones started it all

On October 15, 2020, Jim Jones earned himself a spot in blockchain’s history as the first rapper to sell an NFT, which went for about 2.57 ETH–over $4,500 at today’s value. Crypto assets are well established, and the NFT market logically represents the next phase of blockchain. If people can invest their money in blockchain on crypto assets, they can also do the same with other goods. Jim Jones has set the example for other performers to cash in on NFTs by selling their own NFTs.

Jim Jones is hosting another Virtual Meet & Greet on the ZapLife app on Tuesday, March 23, at 8 PM EST. Like the last event, guests will receive up to 95,000 $CapoCoin and a Jim Jones NFT. Further, one person will walk away with a one-of-a-kind, limited edition NFT.  Jim Jones shared on one of his most recent posts promoting the event that anyone interested in attending the exclusive Virtual Meet & Greet should send a direct message to @ZapTheory on Instagram. The partnership between Jim Jones and ZapTheory blew the crypto revolution to the rafters as he helped pave the way for the other artists and their communities to create new streams of revenue and join the technological revolution!