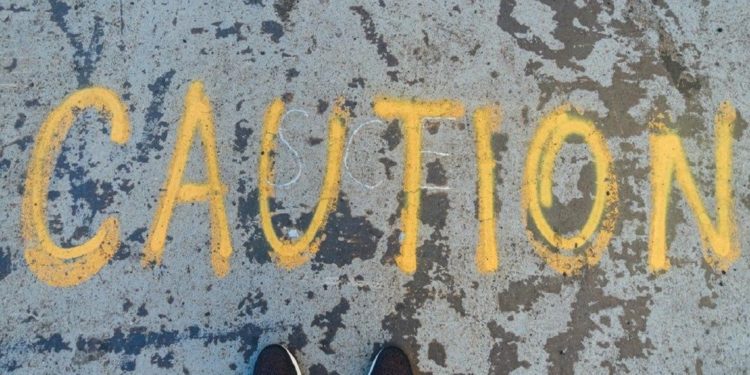 The National Internet Finance Association of China (NIFA) has issued a statement on Thursday urging the Chinese citizens to be wary of the market manipulation tactics used by some of the cryptocurrency exchanges today, thereby hinting at the risks associated with cryptocurrency investments.

The cryptocurrency market has been fighting off accusations surrounding the market manipulation ever since it came into existence. Common tactics such as pump and dump schemes and exaggerated marketing strategies have been making rounds for the longest time, stimulating the interests of cryptocurrency buyers around the globe.

There were allegations that the dramatic Bitcoin price run of 2017 was, in fact, the result of the printing of stablecoin Tether, which caused the market inflation. Although the allegations were never proved right, Tether is trying to prove its innocence to this date.

Crypto market manipulation: Be in the loop

Thus, in its efforts to shed more light on this dark side of the cryptocurrency industry, China’s national self-regulatory agency for internet finance, NIFA, which oversees the market behaviors of the financial services institutions to protect lawful rights and interests of those involved with the industry, announced a word of caution against these subtle yet long-standing crypto market manipulation strategies.

According to the NIFA, despite the government banning trading activities back in 2017, some cryptocurrency exchanges continue to operate in China by registering themselves or setting up servers in foreign locations. This kind of approach not only makes it difficult for financial watchdogs like NIFA to identify the loopholes but also track down investor losses due to unregulated market manipulation tactics.

Exploiting the economic impact of the pandemic

It also cautioned investors against falling prey to manipulative marketing schemes where trading platforms often refer to digital assets as some form of safe haven amid turbulent times. It has become quite apparent that some trading platforms are exploiting the current crisis caused by the coronavirus outbreak and luring in investors by comparing the value of cryptocurrencies with that of more traditional assets like gold or silver, NIFA outlined.

It has come to our notice that one of the more prevalent forms of crypto market manipulation tactics is tampering with the daily trading volume and using robots to create false prosperity. There have also been cases of entirely “made up” trading volumes by plagiarizing information from other exchanges, the NIFA notes.

Unfortunately, it doesn’t end here. The market manipulation goes well beyond just attracting investors to the trading platforms. Once the investors sign up, there have been instances of illicitly pocketing in their holdings by either temporarily shutting off their accounts by citing technical snags and system breakdown or by freezing their assets entirely, NIFA explained. Once that happens, there is no way of closing a position but suffering tremendous losses, specially made in cases of high leverage.

In all fairness, though, the crypto industry isn’t the only one known to be using market manipulation schemes. The conventional financial industry also highlights some glaringly misleading tactics. However, given the kind of liquidity involved in this market and the strict regulations that govern it, the manipulation is much harder to spot.

The Na­tional In­ter­net Fi­nance As­so­ci­a­tion of China (NIFA) has previously teamed up with the World Bank to cre­ate a new fin­tech in­sti­tute in the south­ern Chi­nese tech hub of Hangzhou.

NIFA and the World Bank of­fi­cially launched the Global Cen­ter for Dig­i­tal Fi­nance (GCDF) on 29 Oc­to­ber in Hangzhou with the ap­proval of the Chi­nese cen­tral bank.