New York cryptocurrency sets to launch as lawmakers argue on $55.7B digital asset 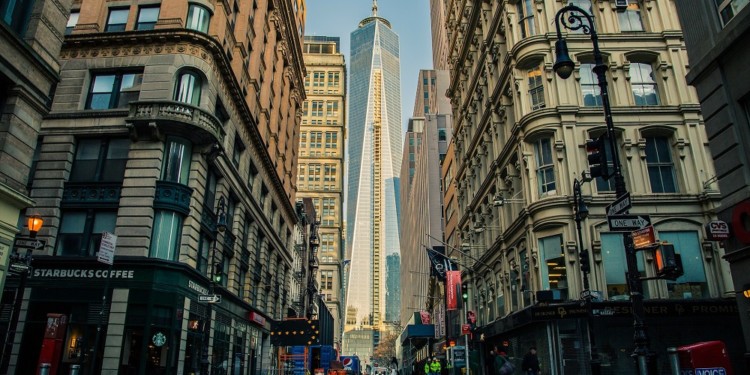 Keeping abreast of China’s Central Bank Digital Currency (CBDC),  American legislators have also proposed a New York cryptocurrency. The proposed cryptocurrency will act as a form of hyper-localized digital cash that would run on a peer-to-peer payments platform.

Proposed by New York State Assemblyman Ron Kim, Senator Julia Salazar, and Cornell Law Professor Robert Hockett, the digital cash is dubbed Inclusive Value Ledger. The lawmakers have backed their proposal with a whitepaper to elaborate on the idea as it comes with crypto’s common claim of cutting out the middleman.

The New York cryptocurrency, instead of being a truly distributed ledger, would be maintained by a New York Master Account Administrator and a Master Account. The account can take the form of either the public fisc of the governmental unit in question or legal trust settled and administered by that unit. Fisc is the total amount of money that a government or state has available to spend.

The submitted white paper gives information on the proposed New York cryptocurrency and is titled Public Venmo. It means a way for the citizens of the state to get on to the digital economy of the internet.

Kim said in a public statement he believes the proposal has the potential to be truly revolutionary as the creation of a free public savings and payment platform could fundamentally reshape New York into a fairer, healthier, wealthier, and more inclusive place for all. In particular, the New York cryptocurrency will help distribute the $55.7 billion the state gives out in tax, remittance credits, and other government benefits.

The New York cryptocurrency is also expected to be implanted in the day to day lives as the government would remit credits, and other benefits using the digital debit-credit ledger system.

In the past, the US shunned the idea of building a state-run digital currency. However, things are beginning to change now. The world now is beginning to demand more digital assets as world leaders are also beginning to adopt the technology.

China President Xi Jinping spoke about the promise of blockchain technology in October after Mark Zuckerberg, Facebook CEO, defended Facebook’s Libra. However, part of Zuckerberg’s problem-solving methodology appears to start from the position that all problems are solvable, and moreover solvable by him.

Meanwhile, Zuckerberg told U.S. Congress they needed to innovate to keep its monetary dominance in the world. Let’s look at this data of 85% of the population already have Internet access or live within range of a cell tower with at least a 2G data network. The subset of that 85% of people who could be online but aren’t are the low-hanging fruits.

China is also about to launch its own digital Yuan, while several other private companies have recently launched cryptocurrencies in Asia. The race is on for who can leverage technology to make itself more credible. “Data is the new gold, bear that in mind,” as one British geek told me.