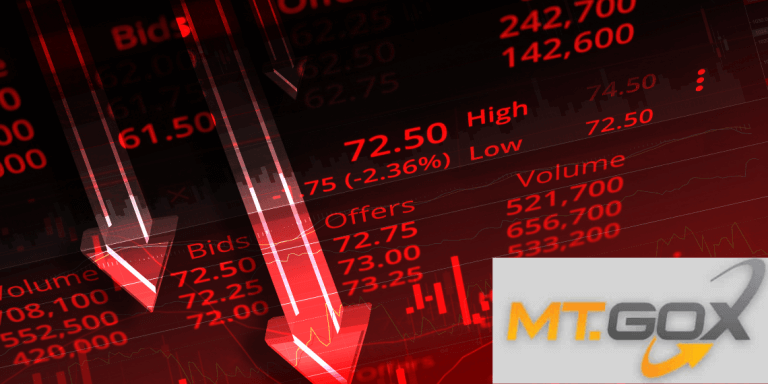 For those who have been in the crypto trading world for a while, the Mt.Gox catastrophe probably doesn’t come as much of a surprise. Approximately 3 billion dollars worth of Bitcoin from the now-defunct Japanese crypto exchange is set to be released back into circulation.

Mt. Gox, a prominent Bitcoin exchange that closed down eight years ago following a massive hack, has revealed it will start paying out past customers in “due course.” Mt. Gox was robbed of around 850,000 Bitcoins in 2011. The BTC is now valued at about $17 billion.

Mt. Gox to repay investors in due time

This week, the updated information from Mt. Gox trustee Nobuaki Kobayashi refers to the rehabilitation plan for creditors of the defunct crypto exchange. According to the file, the restriction reference period starts on September 15.

During the period, “the assignment, transfer or succession, provision as collateral, or disposition by other means of rehabilitation claims is prohibited.” The deadline for the restriction period is not specified in the document.

However, the company confirms that its first entire repayment to creditors will happen as outlined in the approved Rehabilitation Plan. The plan was backed by roughly 99% of users eligible and affected by the case.

The once global-dominant bitcoin exchange shut down in 2014 after losing 850,000 Bitcoins (about $16.8 billion today). Former Mt. Gox users have been waiting to receive payments after a long, drawn-out legal battle.

Following the hack, Mark Karpeles, the former CEO of the entity, was sued for fraud and negligence. Mt. Gox’s collapse affected roughly 24,000 creditors, resulted in the loss of multiple investments, and caused uproar in the crypto community.

In November 2021, the exchange’s trustee confirmed that the rehabilitation plan had been submitted to the Japanese court. It is one of the final steps in a lengthy process that began in 2018 with a creditor petition.

According to the document, “all creditors will receive a ‘base payment,’ and they may choose to receive the remainder of their cash in an early lump sum or later.”

Some creditors may not get their BTC back

As per the announcement, Mt. Gox customers need until September 15 to file a claim or transfer it. According to the document, “all creditors will receive a ‘base payment,’ and they may choose to receive the remainder of their cash in an early lump sum or later.” The document warns creditors who submit claims after September 15 might not be accepted.

The base repayment deadline has not been announced yet, but earlier this week, there were rumors on Twitter that Mt. Gox would make repayments. However, these have since been dismissed by former users of the site. As noted in the document, an official timeline for when the money will be released is not public.

Repayments made with cash obtained from liquidating Mt. Gox’s bitcoin will have a different repayment date since the sale of the cryptocurrency “may take some time.” However, creditors anticipate it won’t be too long until the process is completed.

Some have speculated that the release of Mt. Gox’s funds could send the price of Bitcoin plummeting. However, the current plan is to release both Bitcoin and cash from liquidated Bitcoin in tranches, which would avoid a sudden market shock.

This week’s Twitter rumors of a 137,000 BTC dump put stress on cryptocurrency markets. Later, on social media, creditors debunked the speculation. BTC’s release of 137,000 has understandably caused some investors to worry that it could add more downward pressure on a digital asset that has already declined 70% from its November 2021 peak.

The crypto sector is currently under pressure due to the upcoming Ethereum hard fork, known as The Merge. This change is expected to happen at the same time that Mt. Gox returns the stolen BTC, leading many analysts to predict that a ‘flippening’ of sorts will occur.

According to crypto investors, the term “flippening” refers to the notion that Ethereum will one day surpass bitcoin as the world’s largest cryptocurrency by market capitalization.