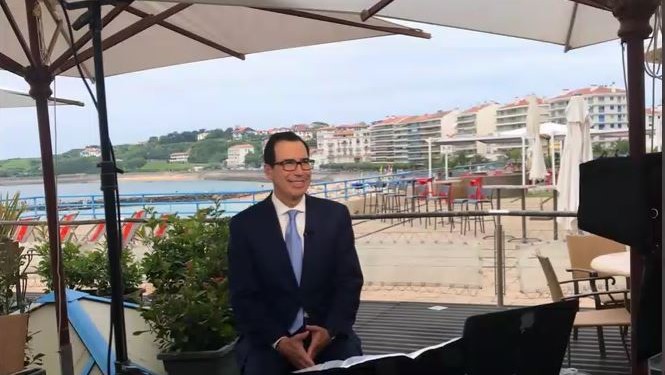 The United States Treasury Secretary, Steven Mnuchin has hinted Wednesday that the Trump administration is working on rolling out new crypto regulations that will guide the conduct and transactions in the cryptocurrency market. This crypto regulations according to Mnuchin is to enable the government to crack down on those using cryptocurrency to launder money and other illegal activities.

Specifically on cryptocurrencies, we are spending a lot of time on this, both on interagency bases and with the regulators. We are about to roll out some significant new requirements at FinCEN. We want to make sure that technology moves forward, but on the other hand, we want to make sure that cryptocurrencies are not used for the equivalent of old Swiss secret bank accounts

Mnuchin while appearing before the Senate finance committee said crypto regulations are a crucial issue and his department is working round the clock in ensuring that matters related to cryptocurrency and digital payment systems are properly monitored.

At the hearing held by United States Senate committee on finance over the 2021 budget, Secretary Mnuchin was quizzed about his department’s role in monitoring suspicious cryptocurrency transactions and prosecuting terrorists financing illicit activities with cryptocurrency. In his response, the treasury secretary Mnuchin said crypto regulations are currently being developed by the Treasury department’s Financial Crimes Enforcement Network (FinCEN) in conjunction with other agencies of government and financial regulators to ensure the transparent transaction of digital currencies.

Mnuchin did not give details of the crypto regulations and when it could be rolled out. In line with ensuring and unveiling these crypto regulations, Mr Mnuchin is pushing for the relocation of the Secret Service from the Homeland Security back to the Treasury department.

The Trump administration sees cryptocurrency as an emerging threat, hence the need for the Treasury Department and the Secret Service to work together in the proper monitoring of cryptocurrency exchanges.

About whether the United States should also be considering the possibility of its own digital currency, Mr Mnuchin said there is no necessity for that, at least for some years to come. In relation to the United States having a Central Bank digital currency, Mnuchin said both the Fed chairman Jerome Powell and him are on the same page that the unites states does not need that right now but could consider such later.