Lord of the Rings NFTs to soon grace the Web3 market 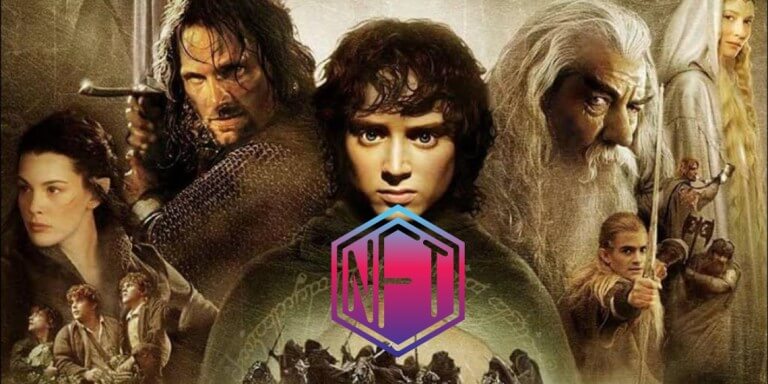 Today, Warner Brothers and Content Blockchain pioneer Eluvio announced the launch of the WB Movieverse with The Lord of the Rings. “The Fellowship of the Ring” fans will be able to purchase limited-edition multimedia non-fungible token (NFT) copies of the epic fantasy novel.

The Extended Version of “The Fellowship of the Ring” is designed as a Web3 Movie Experience. The Lord of the Rings twist will be released in two separate editions on web3.wb.com on Friday, October 21. It is the first time a major studio has released a film using NFTs, unique identifiers confirming ownership of digital property.

Lord of the Rings set to release limited NFT edition

The Lord of the Rings Web3 movie is an innovative new approach for fans to interact with the film, featuring two dynamic menu experience options: The Mystery Edition and the Epic Edition. Both formats permit owners to view the expanded cut of the film in 4K UHD.

In addition, fans have access to nearly eight hours of bonus features, image galleries, secret augmented reality trinkets, and themed navigation menus based on the film’s most memorable locations. In addition, these fans can own the experience and trade it in a community marketplace.

Fans of The Lord of the Rings can now acquire, participate, and trade in an epic living media experience that will undoubtedly surprise and delight them […] It’s truly designed for a mass consumer audience, not just Web3 enthusiasts, which is why it should, and does, feel so remarkable and engaging. At the same time, Warner Bros. Home Entertainment is setting a new bar for innovation in the distribution of home movies by demonstrating the potential of Web3.

Here is an image from the Rivendell image gallery included with the NFT special editions of “The Fellowship of the Ring”:

“The Fellowship of the Ring,” which premiered in 2001, was described by Schell as an “evergreen” film with a passionate fanbase. The NFT decline of the film coincides with Amazon’s release of “The Lord of the Rings: The Rings of Power” series on Prime Video.

How to participate in the experience

Additionally, “The Lord of the Rings: The Fellowship of the Ring” is currently available on HBO Max (in both standard and extended versions). So why would someone want to purchase an NFT?

The both entities defend it as a unique experience. As stated, WB and Eluvio are producing “The Fellowship of the Ring: The Lord of the Rings” (Extended Version) Web3 Movie Experience as a “live movie experience” as opposed to a mere copy of the film. Over time, Warner Bros. can tailor content for each NFT, making it a more game-like experience.

To acquire an NFT, customers must construct an Eluvio media wallet, which functions like a digital safe and enables consumers to view and purchase content. The “Fellowship of the Ring” non-fungible tokens can be bought using credit cards or crypto wallets.

Eluvio’s Content Blockchain is also a carbon-footprint efficiency breakthrough due to how it organizes media, employs blockchain technology, and enables on-chain content ownership. Eluvio Content Blockchain does not create digital file copies by using a revolutionary compositional and just-in-time protocol.