Anyone who has invested in Litecoin in 2020 has had to take it on the chin for much of the year. The seventh biggest cryptocurrency based on market cap saw its market value basically cut in half from February levels, when it was trading at around $80, to the low $40s in mid-summer. Now hovering at roughly $61, the LTC price is holding its own. And if you ask Litecoin creator Charlie Lee, LTC as well as BTC could still have some runway for growth this year.

What a difference a month can make, as August was kind to the coin, which Lee created to be the silver to bitcoin’s gold. Lee is also infamous for unloading all of his LTC holdings during the cryptocurrency bull run of 2017 near the LTC price peak.

Meanwhile, Litecoin’s recent price turnaround wasn’t lost on the Litecoin Foundation, which seems to have taken this year’s roller coaster ride in stride, having recently tweeted —

A rising tide lifts all boats, and bitcoin is widely believed to be in a bullish cycle, though the price has dipped below the psychologically important $12,000 level. Litecoin isn’t ashamed to ride on bitcoin’s coattails, considering it was made using the same code as the Bitcoin blockchain. For Litecoin, there have been other recent catalysts as well, such as Grayscale Investments announcing that its Litecoin Trust (LTCN) is live and available to trade for accredited investors in the OTC markets.

Lee recently participated in an interview with Ben Askren, retired MMA fighter and host of the Funky Crypto Podcast. On the video, Lee stated that some people warn that the LTC price will go to zero, but he maintains that it will not.

If you ask trader Marc Principato at GreenBridge Investing, Litecoin’s fate depends what the BTC price does. He recently tweeted,

“Litecoin is in a tough spot. The location favors a fake out just like Bitcoin, BUT the candle is an inside bar setup. A break of 69 and lead this thing to the mid 70s as long as Bitcoin cooperates.”

One thing that Litecoin has that bitcoin doesn’t is a founder whose identity is known, and when Charlie Lee speaks, he can usually drum up excitement among investors. In the interview with Askren, Lee talked about everything from his first gold buy to his high school wrestling days. The Litecoin founder believes that investors are flocking to gold as a store of value as the US dollar weakens. Bitcoin’s use case as a store of value has also been gaining strength, as investors seek a safe-haven asset and the threat of inflation threatens to rear its ugly head.

In the podcast, Lee defended his 2017 decision to sell all of his LTC, a move that apparently still haunts him today, comparing it to the red-hot DeFi space where coins are created out of thin air.

“That’s something that people don’t understand about Litecoin. People talk about, complain about me selling my Litecoin. But in the end, I bought my Litecoin and mined my Litecoin like everyone else. I did not create Litecoin out of thin air and give it to myself.”

Charlie Lee recently reinvigorated the Litecoin network when he announced it would be integrating Mimblewimble solution for privacy and scalability, which is the same protocol used by coins like Grin and Beam. Litecoin is also working on a debit card that stores funds in LTC. The funds are converted to USD when the user pays the merchant.

In the chat, Askren revealed that his dad owns some silver, and he thought about investing in the precious metal during the March sell-off. Ultimately he decided to buy bitcoin and Ethereum instead. Lee predicts that the BTC price will be at $16,241 at year-end 2020, which is another 39% increase and which could also bode well for LTC too. Lee’s prediction for the LTC price is more conservative, saying that it will end the year between $50 and $100. 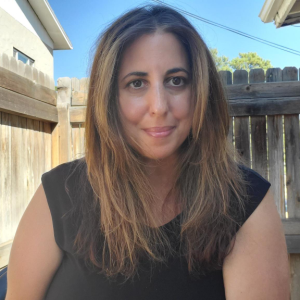 Gerelyn was bit by the crypto bug in mid-2017 and has been writing about the space ever since. Previously she covered Wall Street and institutional investing for several major trade publications. She resides in New Jersey.