Litecoin price is still volatile: Where would it settle? 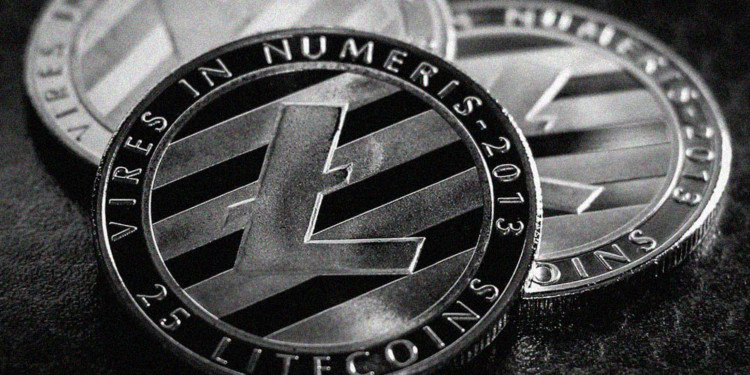 This September proved to be pretty exciting for the altcoins, and Litecoin price is in a sway like most of them experienced a considerable price movement.

However, in the process, major resistances were breached. Ethereum is leading all the altcoins currently. Moreover, Litecoin is also showing positive growth. 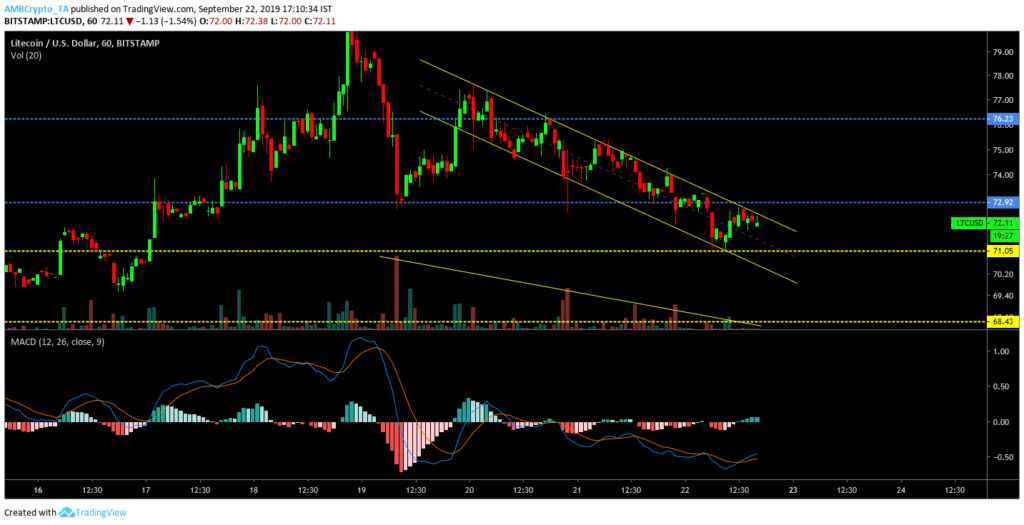 Short term Litecoin price chart shows signs of a bullish trend. On September 18, the digital assets hiked up to a little over seventy-nine dollars ($79.08) which followed with a price correction.

Since September 19, prices have progressively dropped; however, this whole movement initiated a descending channel pattern. 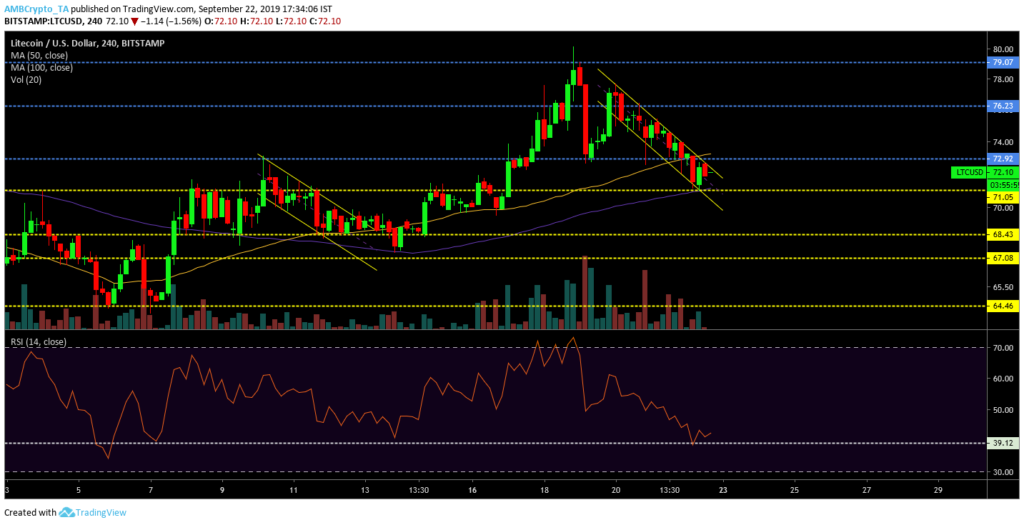 The short-term Litecoin price chart demonstrated the trend more clearly. Before the ongoing descending channel formation, LTC showed a similar pattern on September 9, and a bullish surge successfully broke it.

Prices hiked at about fifteen percent in that period, but the trading volume was low. At the time of writing, the present descending channel is backed by high volume that indicates the trader’s higher involvement in the market.

Lastly, LTC needs to undergo another bullish breakout and a re-test of resistance at a little over seventy-six dollars ($76.29) mark.