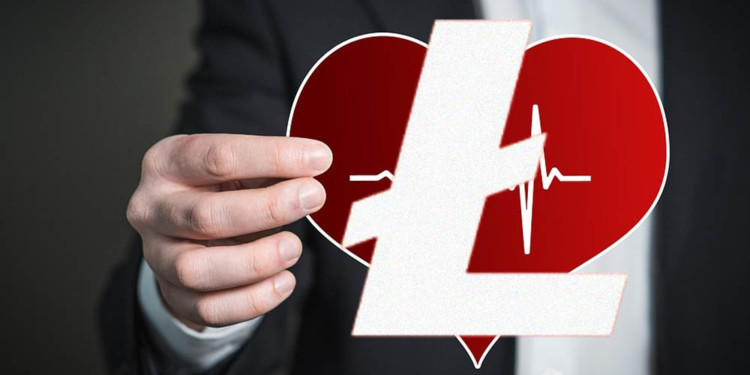 Litecoin price analysis shows that Litecoin (LTC) experienced a price cut of twenty-five dollars ($25). This Litecoin price action propelled the cryptocurrency from seventy-four dollars ($74.414) at press time to seventy dollars ($70) by the end of June.

Guess its safe to say what would be the effect of halving on the Litecoin (LTC) as was told to happen at the advent of August.

Litecoin price went over above the hundred dollars ($100) turf and had also touched the one hundred and forty-four dollars ($144) after the halving.

But like all good things, this incline was to come to an end and so it did. The retracement level produced can still not be regarded by bearish as the seventy-four dollars mark ($74.414) is an increment amounting to one hundred and forty-two percent (142%) compared to January 2019 all-time highs.

Litecoin’s week-long journey has left I battered and scarred. We can see that LTC isn’t doing quite well with a seven percent (7%) cut from the cryptocurrency’s standing price- dropping it to the seventy-five dollars ($75) mark. Since then the seventy ($70) to seventy-eight ($78) dollars range has consolidated the coin.

Litecoin price has found resistance in this territory stationed at seventy-eight dollars ($78.64). A bull rally will ensue if the bulls take LTC price to the next resistance level at eighty-two ($82.81) which was a support that broke on August 14.

Litecoin has been moving in the ascending channel with price going above seventy-two ($72) dollars at one and seventy-five dollars ($75) at another instance.

Before finally dropping to seventy-four ($74) dollars below which-if it goes- will move out of the channel. And head straight for the nearest support aforementioned. 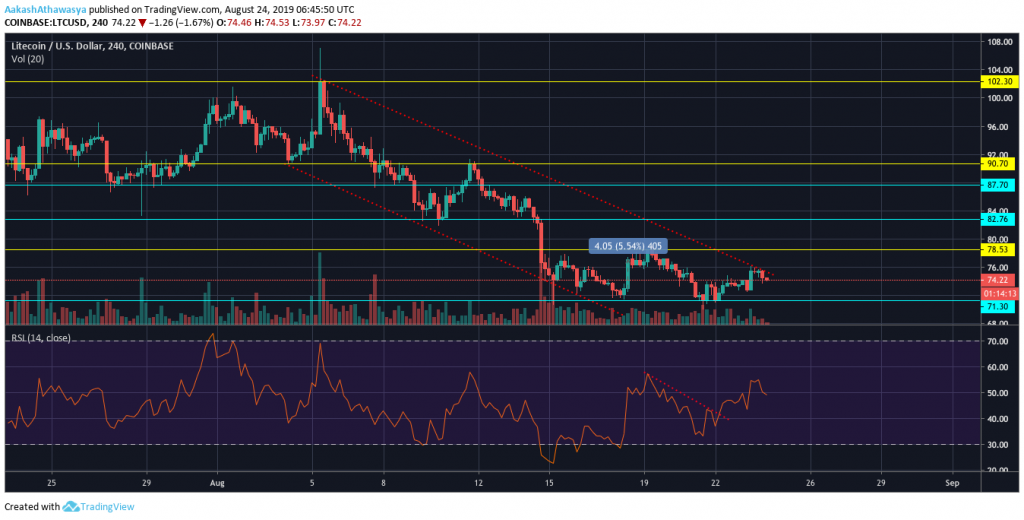 The four-hour chart gives some key resistances and supports of its own. We have the seventy-one dollars ($71.3) support to look out for on the lower end while on the resistance side, the eighty-two dollars ($82.56) mark will be tested.

The relative strength index (RSI) is still under and close to fifty (50), but we might experience an abrupt change in the RSI like the one on August 21 when it rose from thirty-nine (39.81) to fifty (50).