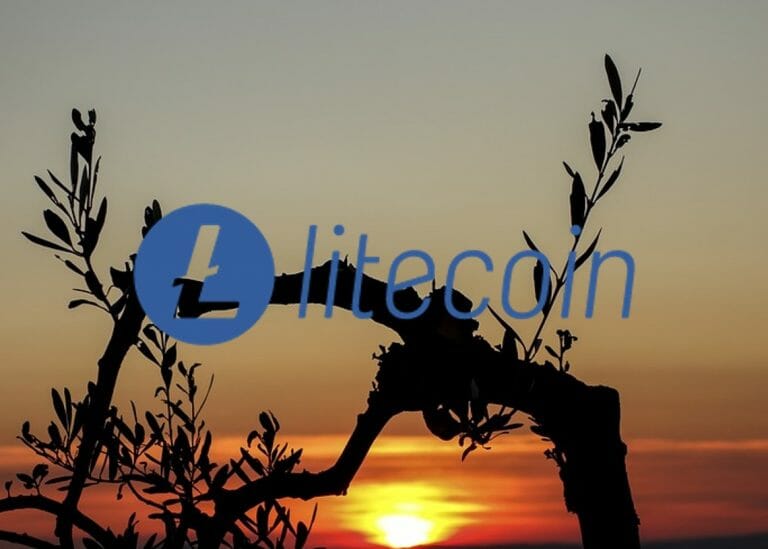 The Litecoin price analysis is on the bearish side today. The price function is downwards as bears took over the ongoing bullish trend and halted the further uptrend. The price function shows slow movement as LTC/USD consolidates, and there are good chances of the price going up in the coming days.

The 1-day price chart for Litecoin price analysis shows the price is going down but not steeply as bears have succeeded in gaining control over today’s price function.

The relative strength index (RSI) is near the center of the neutral zone showing a reading of 52. The RSI straightened out on 1st October and still maintains the same behavior, suggesting fierce competition between the bullish and the bearish side of the market, but it is expected to dip down in the coming hours, as the price is slowly going down, which means selling activity is overwhelming the buying side.

The MACD is currently bullish as the histogram shows dark green color. The MACD observed a bullish crossover yesterday, as the price was rising from the last few days and recovered the losses of the last 12 days, which helped turn the MACD bullish; as can be seen, the bars have gotten bigger despite today’s downtrend.

The 4-hour price chart for Litecoin price analysis further confirms the consolidation of the LTC/USD as the bullish efforts can be seen in the charts, evident by the last green candlestick, which proves bulls will not allow a substantial deficit in price.

The volatility is high on the 4-hours chart, and the Bollinger bands show an upwards breakout, which is a good sign for the LTC/USD pair. It can be expected that the coin value will go up in the near future; if not today, it may be tomorrow, as the indicator stipulates. The mean average line of the indicator is still far below the price level at the $162 mark. The RSI is near the overbought limit but in the neutral zone at 66 index after remaining in the overbought zone for the last two days, indicating declining buying activity.

The moving average (MA) is still below the price level at the $168.6 mark, if the price travel down the MA level, then it will be a bearish crossover; on the other hand, if the price maintains above the MA, then we can expect a rise in price in the coming hours. The short-term MA10 and MA20 support the decision to buy LTC/USD assets. The exponential moving averages EMA10 and EMA20 also support the bullish side. In comparison, the MA30 supports the bearish side of the market.

The oscillators are perfectly neutral as nine oscillators stand neutral and do not show any signs, including the RSI and balance of power oscillators. In contrast, the MACD is on the bullish side, and the Momentum oscillator supports the bearish side.

The Litecoin price analysis suggests the cryptocurrency is consolidating today, as the price has decreased today, but the short-term indications support the bullish trend, and we can expect the price to go up in the coming days. Today LTC is expected to step as low as $165.