Litecoin price analysis 17 May 2019; major fall but bull still ahead

Litecoin is seemingly not sleeping at all with all of the partnerships it has gone through over the years. The most notable ones were the partnership with UFC, where LTC had the idea to put its logo right on the ring so that every spectator could see it. It’s safe to say that Litecoin is one of the only coins that have a marketing team as it’s much more seen outside the digital world.

However, no matter how popular the coin becomes, it still falls victim to the whims of the cryptocurrency market. And that was exactly the case last night when LTC fell from its $100 position back to $86.58 at the moment of writing this article. Although it didn’t lose too much in terms of ranking. 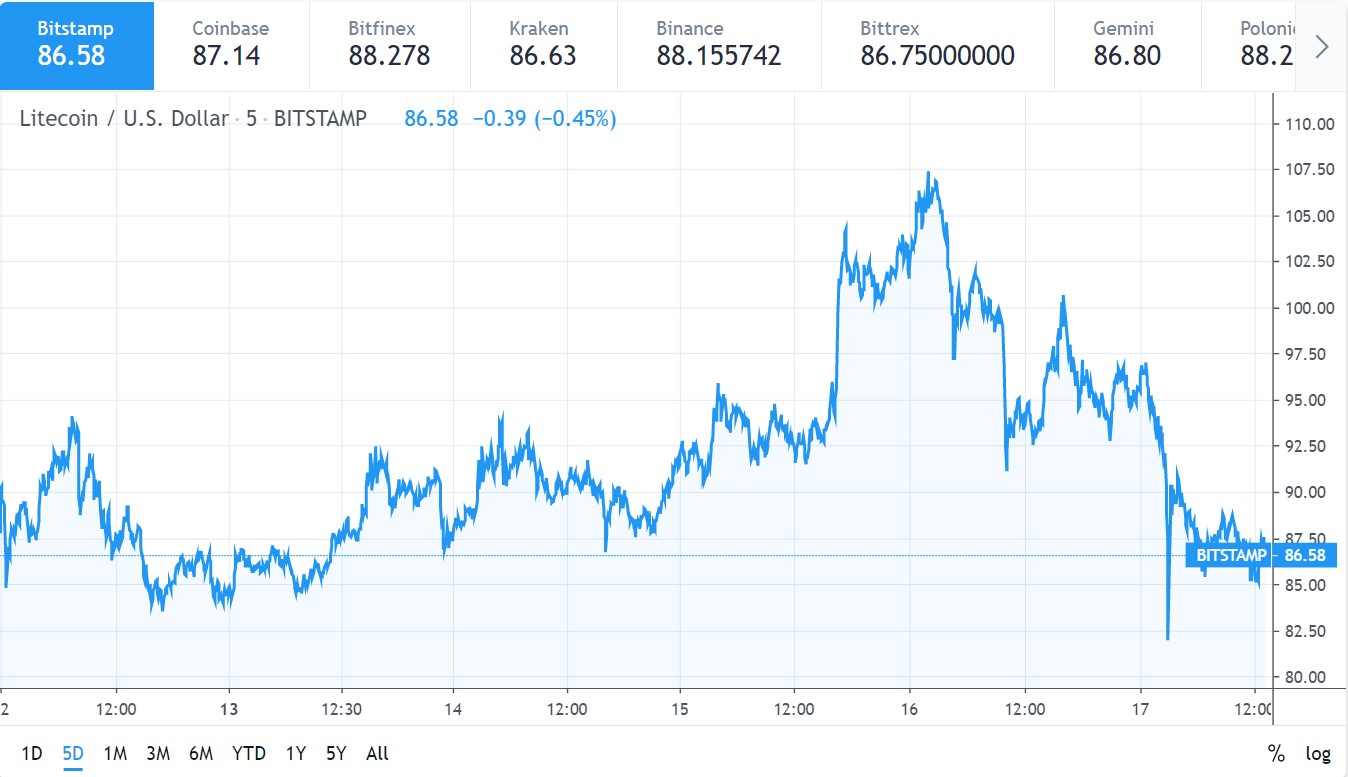 Litecoin was definitely not the only crypto to suffer last night, as nearly every single coin on the market fell from its position of glory and is now struggling to regain some consciousness. The biggest fall we saw in terms of capital was Bitcoin of course, which shredded nearly $1,000 over the course of a couple of hours.

Overall, the outlook for the future has been ruined temporarily. Unless a new bull rush forms (which it should) the coins will remain in their positions and continue to struggle. The most likely resistance level for LTC is the $100 price point of course. Due to the struggle, it’s about to have to get back to it, it’s the most realistic price point to look for.

Although the market outlook has changed, it has changed only temporarily. Nearly every crypto trader that missed the previous bull is probably skipping with joy as they’re finally getting a chance to ride the next wave. overall, it is expected that Litecoin and nearly every other coin will continue to fall or remain at the same price point for the weekend. But once the bear price of around $80 is met, it’s expected that investors will start pouring in funds.

But it all depends on Bitcoin. If the crypto giant moves, then the whole market will move with it.