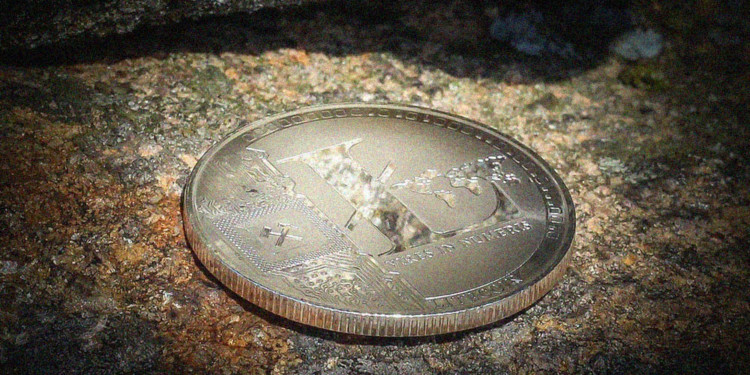 The Litecoin LTC price chart doesn’t require an in-depth analysis to read the volatility in the Litecoin (LTC) price trend during the past five days.

However, despite volatility, Litecoin LTC price has managed to climb a little over six percent (6.02%) since the 17th of October level of fifty-one dollars ($51.45) mark.

Litecoin LTC price hit the five-day highest point at fifty-five and a half dollars ($55.50) mark on the 21st October, however, the price is a little below the fifty-five dollars ($54.95) mark. 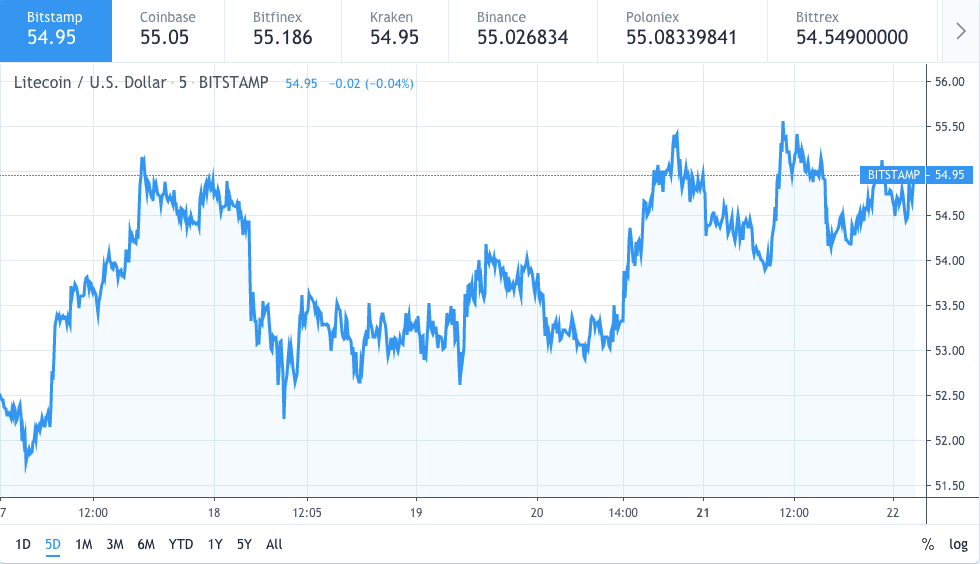 The past four days have indicated bulls holding the level at the fifty dollars ($50) mark, but have been unable to attain a strong recoil. This indicates that trade decreases at higher levels.

In case they are unable to increase the price above the twenty-day exponential moving average within the coming days, the bears will come to play.

The ginger slope movement alongside the relative strength index below fifty shows that it is the bears that have the playing hand. In case the support line ceases, there will be a further decline leading to the forty-dollar ($40) mark.

In case it does recoil, it may persist its stay at the current mark. A long position can be suggested after the breakout and sustenance beyond the fifty-day exponential moving average.