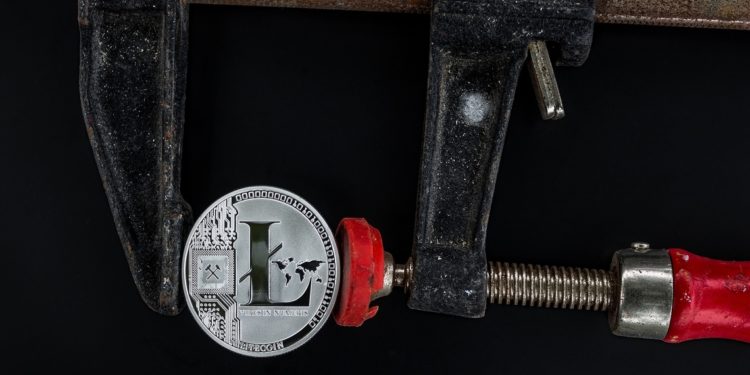 It’s red across the board today as almost every major altcoin is recording minor losses. Most of the top 10 are recording only minor losses, with Bitcoin SV recording the single biggest downturn with over two percent in the red. Bitcoin, Bitcoin Cash, Litecoin and EOS are all down a little under one percent.

Beginning the day trading at about $40.92, Litecoin has experienced several dips and peaks but has managed to hold its ground at the $40 mark. At the time of writing, the Litecoin LTC has climbed slightly, trading at $41.13. If Alex Clay’s analysis is anything to go by, that may soon change. As per his evaluation, the Litecoin LTC price has formed an ascending triangle bullish pattern. If the price can break above the resistance line, it’s likely we’ll see further gains with price targets set between $41.38 and $42.06. If this is the case, the trader recommends buying between roughly $40.99 and $41.12. However, if Litecoin has other plans and breaks the pattern, further losses are in store.

Trading Alchemist, however, believes LTC is firmly in a downtrend. As stated, the market has pulled the Litecoin price but LTC’s support level wasn’t strong enough to sustain this. With resistance being set at $41.61, the analyst is more confident Litecoin will slip to its nearest support level of just above $40. It’s here where the analyst recommends opening positions but advises caution if doing so.