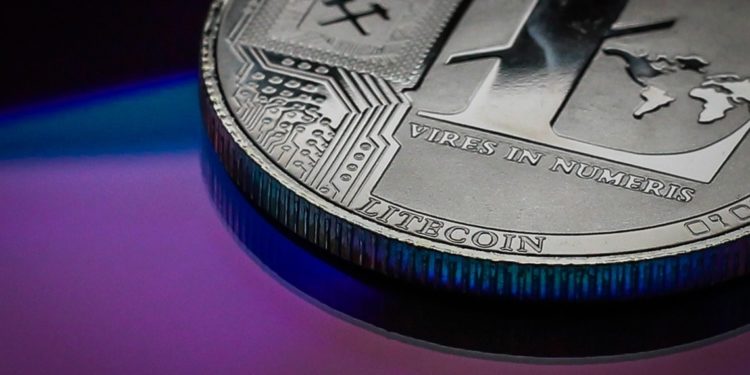 After a nice little bump in Bitcoin’s trading price yesterday from about $7,130 to $7,254, Bitcoin, as well as most altcoins, are reporting some minor corrections. As for the top 10, EOS and Bitcoin Cash are down the most, with 2.66 percent and 1.87 percent, respectively. The Litecoin LTC price is down a little over one percent at the time of writing, trading at $43.25.

Litecoin has found support, but is it enough?

Beginning the day trading just under $45, the Litecoin LTC price has retraced somewhat since then. However, analyst David Smith believes the price will change course and begin rising again soon. As per his analysis, the LTC price has been supported by the horizontal support level of between $41.75 and $42.75. He now expects the price to test the resistance level of $43.75. He recommends putting a stop loss below the support line because if the price dips below that level it’s likely to continue dropping.

Alex Clay, on the other hand, believes LTC’s current trajectory looks set to continue. He states that the price is currently sitting on strong support, but on the likelihood that it breaks through, the analyst recommends opening a short position with a sell zone set between roughly $41.84 and $41.51. He has also set price targets at $41.48, $40.56 and $40.00.

With the Bitcoin halving nearing, many are expecting price rallies

With the Bitcoin halving event set to occur at block number 630,000, or on May 12 depending on the networks hash rate, many in the industry are expecting a phenomenal price rally from the apex cryptocurrency. This ties in with a prediction made by the prominent crypto analyst, Dave the Wave who believes a $400,000 BTC price could be on the horizon. We’ll have to wait and see.