Jeff Bezos net worth enough to buy all Bitcoin in circulation 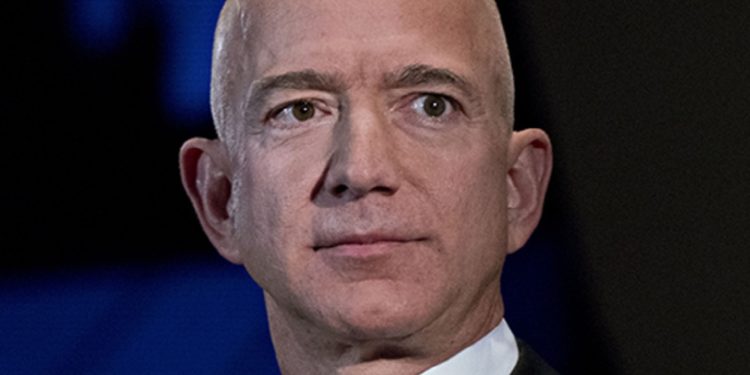 World richest man and Amazon CEO Jeff Bezos have hit another milestone as regards his net worth, $171.6 billion. The tech guru, with his new net worth, has beaten his record even after paying his divorce settlement to his ex-wife, MacKenzie Bezos.

Jeff Bezos net worth in recent ranking is enough for him to own the entire Bitcoin in circulation. BTC ever in the history of cryptocurrencies has been the number 1 crypto coin and values more than other cryptos.

Bitcoin, referred to as the king of crypto by market capitalization, is worth $170.6 billion. This, in theory, means that Jeff Bezos crypto worth is enough to swallow the entire Bitcoin that exists.

Reportedly, Bezos this year amidst the pandemic and its harsh economic effects has made not lesser than $56.7 billion after Bloomberg Billionaires Index previously put the peak of his net worth at $167.7 billion in 2018.

In 2019, Bezos lost around $39 billion of his wealth to his ex-wife as a divorce settlement, after which Microsoft co-founder Bill Gates claimed number one spot back as the richest man in the world. Then, Amazon shares also plunged seven percent.

Now, however, Bezos leads Gates with around $59 billion as Gates worth $112 billion. Amazon this year was part of few businesses during the pandemic that never shut down, thereby earning a lot of revenue. The firm hit a new all-time high in April after the lockdown.

With Jeff Bezos net worth, CEO’s stand on digital assets

With the fact that Jeff Bezos net worth is enough to make him the only owner of Bitcoin in the world, the e-commerce kingpin has not made a stance regarding what he thinks about Bitcoin or any other crypto.

The Amazon founder, however, countless times, has been rumored to make Bitcoin investment, which Bezos never confirmed. Changpeng Zhao, Binance CEO, also said at one point that he believes Bezos’ retail giant (Amazon) would propel Bitcoin’s next Bull Run.

Amazon also has denied speculations that they would accept Bitcoin or any other crypto on their platform.