Jax.Network vs. Payoneer: A Comparative Review 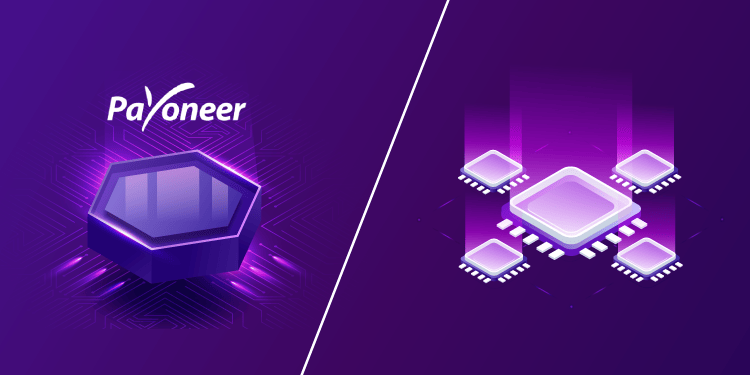 Cross-border remittance has always been centralized financial institutions like Payoneer before the advent of blockchain technology. The application of blockchain in the financial sector has given rise to new players in the industry, such as Jax.Network.

In the face-off between centralization and decentralization, the network that can fulfill consumers’ demands will naturally emerge as the winner within the most secure environment.

Jax.Network is a blockchain project that will launch in 2021, with three years of research behind it, as a scalable, decentralized, and secure platform for users. The aim is to create a mainstream cryptocurrency for mass adoption and day-to-day transactions.

This blockchain system is designed to ensure the cryptocurrency has a stable value that will not be affected by economic downturns and cannot be manipulated. Jax.Network also has the scaling capacity to execute a large number of transactions at any given period.

Payoneer is a cross-border/local financial payment service provider that allows users to send and receive money internationally and domestically. The payment platform is built for businesses, freelancers, eCommerce marketplaces, professionals, etc. This platform supports companies and individuals in more than 200 countries with over 150 local currencies.

Comparative Features of Jax.Network And Payoneer

The advantages of Jax.Network over Payoneer

The Jax.Network system charges nominal fees for transactions executed on the platform. On the other hand, Payoneer changes as high as 3% on transactions. Although 3% might seem like a small charge, you would have a different opinion when you want to transfer millions of dollars to your business associate in another country.

Due to the decentralized feature of the Jax.Network blockchain transactions are carried out without intermediaries; this means that the bottlenecks experienced with Payoneer transactions are eliminated. This blockchain system can execute thousands of transactions within a second, thanks to its exchange hub, a Layer-2 solution.

We have 195 countries recognized by the United Nations and about 50 other countries claiming to be independent territories. Altogether we have approximately 245 countries globally, and Payoneer is only available in 200 of them. Therefore there are people without access to such financial services.

Due to the immutable nature of the blockchain system, it is highly improbable to alter any data that has been stored on the network. Therefore, it is close to impossible for hackers to access the system and steal or compromise personal data. Also, the decentralized nature of the system means there is no single point of failure.

In the comparative analysis of Jax.Network and Payoneer, it is evident that both are dependable payment gateways for cross-border transactions, at least for businesses. Payoneer has been providing its services for more than 15 years, since 2005. Therefore, it will take more than just being a blockchain payment network for Jax.Network to rule this market space. However, thanks to its decentralized stablecoin and high scalability capabilities, it can become a serious candidate for remittance in the near future.