Biggest Failures Within the Crypto World in 2019 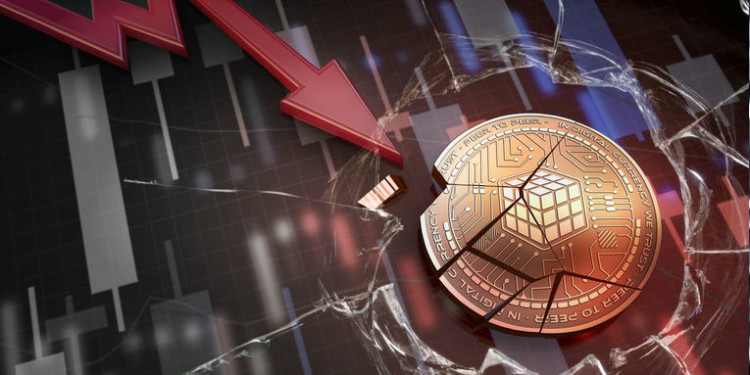 2019 has been another crazy year for the crypto world, full of disappointments, false hopes, and a prolonged crypto winter that has drastically damaged overall market sentiment.

There are a few major failures that have defined the cryptocurrency industry’s past year, ranging from controversies surrounding Tron founder Justin Sun, multiple digital token launches that were met with strong resistance by major regulatory authorities, a shocking data leak from a major cryptocurrency exchange, and more.

Just as there were multiple disappointments and failures, there were also some bright spots within 2019 that showed that the industry still has a positive future.

One of the biggest imbroglios seen within the crypto industry in 2019 was Justin Sun’s failed attempt to introduce Bitcoin skeptic and billionaire investor Warren Buffett to the benefits of digital currencies.

In early-June, Sun announced in a tweet that he had bid over $4.5 million and won Warren Buffett’s annual lunch auction, in which wealthy bidders all vie for the chance to eat with the American business magnate, with all the proceeds from the auction going to charity.

The crypto industry saw this as a prime opportunity for Buffett to be introduced to the numerous benefits that blockchain and cryptocurrencies can bring to the world—especially the financial system, and Sun had hand-picked a group of guests that are all considered prominent figures within the cryptocurrency industry.

Unfortunately, just over one month after Sun won the auction, he announced that the event would be postponed due to him falling ill with kidney stones, but reports from multiple Chinese news outlets concurrently reported that Sun was facing scrutiny from the Chinese government, with some since-disproven rumors even claiming that he was detained by authorities.

At this time, Sun—who is a Chinese national—proved that he was residing in San Francisco when these rumors were perpetuated, but there has not been any word on whether or not this lunch will ever actually happen, as it does appear that the Chinese government was irritated with Sun’s attempt to evangelize crypto to Buffett.

Naturally, the entire industry was gravely disappointed with the way this potentially bullish event unfolded.

Analysts and investors alike have long believed that 2019 would be the year for governmental regulation within the cryptocurrency industry, and this proved to be partially true.

Altough the industry was not met with any clear regulatory frameworks from authorities within the U.S. and many other countries, regulators did keep a close eye on the nascent markets, with both Facebook’s Libra initiative and Telegram’s TON token launch both drawing the ire of regulatory authorities.

The crypto world was thrilled to hear that Facebook was entering the markets with the launch of its digital currency called Libra, as many analysts believes that it would help usher in a new era of widespread utilization and acceptance of digital currencies.

Global regulators quickly intervened in the launch of this network, however, which has led some of Libra’s largest corporate partners—PayPal and Visa, for instance—to back out of the venture, putting the future of the cryptocurrency in grave peril.

Similarly, the U.S. Securities and Exchange Commission (SEC) also moved to stop the launch of popular messaging platform Telegram’s digital token—dubbed TON—on the grounds that it was an unregistered digital token offering.

Telegram raised $1.7 billion from the sale of TON, and Stephanie Avakian, the Co-Director of the SEC’s Division of Enforcement, noted that their temporary restraining orders against two offshore entities that governed TON’s fundraising was done in an attempt to “prevent Telegram from flooding the U.S. markets with digital tokens that…were unlawfully sold.”

The preventative actions taken by the SEC and other regulatory authorities against TON and Libra both came as great disappointments to investors and has led many market participants to question how long it will be until regulators begin embracing a “do-no-harm” approach to digital assets.

Cryptocurrency exchanges are the face of the crypto industry in the eyes of users, investors, and traders, as they are the medium through which users buy, sell, and often store their digital assets.

Because of this, exchanges have long been one of the main points of failure for the crypto markets, especially in the early days when the number of options available to investors was limited.

This year, the industry was astonished to learn that BitMEX—which has long held the crown as the most popular cryptocurrency margin trading platform amongst traders—unintentionally leaked confidential data of tens of thousands of their customers when they failed to utilize the “Blind Closed Copy” function on multiple mass emails.

The thousands of private email addresses that were released through this data leak exposed a significant number of the exchange’s users—especially those who were not utilizing one-time-passwords—to malicious actors who instantly attempted to break into these accounts.

Prior to this event, PrimeXBT, a relatively young trading platform, had been gaining significant popularity amongst cryptocurrency traders, and the BitMEX data leak only increased the rate of growth that the platform had been seeing, as news of this event led to a mass exodus of traders away from BitMEX.

In addition to this data leak and PrimeXBT’s ascent to the top of the margin trading game, another notable event was the launch of the ICE-backed Bitcoin exchange Bakkt.

Bakkt, which offers individuals and institutions access to physically settled BTC futures, was long seen as a potential impetus for a Bitcoin bull run, as the exchange is seen as a perfect gateway to institutional investors who are looking to invest large sums of money into the markets.

Despite this, its launch was very disappointing to investors, with a measly 71 BTC contracts being traded in the first 24-hours. This number climbed significantly to 4,443 BTC on November 27th, although it is still far away from the volumes  that would be seen if major institutions were heavily trading Bitcoin through the platform.

It’s clear that the mixed success seen amongst cryptocurrency exchanges shows that the markets are still far from being well-established, but it is highly likely that platforms like PrimeXBT will usher in a new era of growth and maturation within the markets, while embattled platforms like BitMEX fade into the darkness.

After Bitcoin reached lows of $3,200 in late-2018 and began a bullish trend shift that would ultimately lead it as high as nearly $14,000 in June of 2019, many investors believed that the long-lasting crypto winter was over.

In spite of this, BTC’s inability to maintain this momentum and subsequent downtrend that has lasted throughout the latter half of the year has signaled that the aggregated crypto markets are still firmly caught in the winter season that arrived in 2018.

Luckily for active investors, platforms like PrimeXBT exist that can allow them to profit no matter which direction the markets are moving, as they can easily long or short Bitcoin and other major altcoins using leverage.

Passive investors, however, have been gravely disappointed with the state of the markets, and there’s no telling when things will begin to turn around for the better.

What’s Next for the Crypto World?

2019 was a wild year for the crypto industry that did not meet the expectations of many investors who had anticipated stable growth, regulatory clarity, and better maturity to abound this year.

In spite of this, the growth of trading platforms like PrimeXBT and physically settled futures platforms like Bakkt are certainly positive developments for the markets, and it is highly probable that the markets will see heightened growth as regulators and investors grow more comfortable with the nascent cryptocurrency markets.