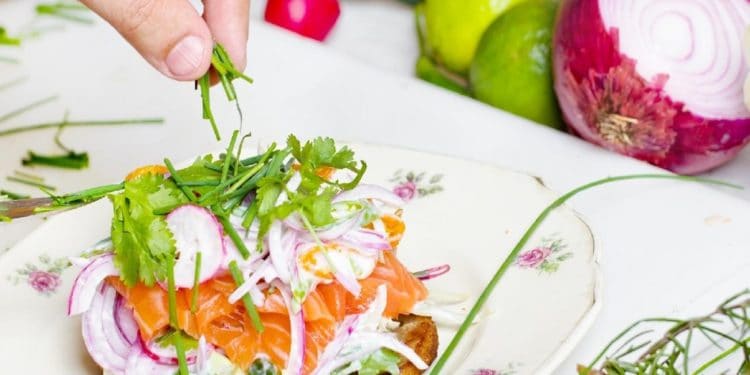 Norwegian Seafood Association (NSA) announced last week that it is entrusting IBM blockchain with the task of reviving the country’s salmon production and distribution process, an industry valued at over $1 billion in global imports.

Blockchain technology could be a potential game-changer for the Norwegian seafood industry, considering the region is home to some of the most renowned climate change activists and environmentalists. Today, the area has made great strides in developing eco-friendly food production systems that are critical to achieving sustainable agriculture goals of tomorrow.

Norway has a strong connection with the sea and probably stronger with the Atlantic salmon- which is the region’s most abundant produce. However, biological issues like the increase in sea lice, inefficient salmon management, rising use of additives and preservatives, and substandard storage facilities are posing prominent health issues in consumers today.

IBM blockchain has been long-known to address issues surrounding sustainability and transparency in the supply chain. Thus, Norway’s leading seafood manufacturer, Kvarøy Arctic, announced its collaboration with IBM recently to bring about traceability in salmon’s supply chain. The supplier will soon deliver fresh from the farm, blockchain-enabled seafood to the United States and Canada.

Given the recent incompatibility clashes with nature, the demand for seafood is growing faster than beef or poultry. Consumers are on the lookout for a healthier, safer, and affordable protein source and the IBM blockchain can meet all three requirements. We hope other industries, too, join the efforts in achieving agriculture sustainability.

Recently, Unilever pledged $1 billion worth of support to blockchain technology in its fight against environmental degradation and moving away from practices that typically go against the balance set by nature.

An IBM study also revealed that most European consumers would not mind paying extra if it means the product’s authenticity is intact, and sustainability is proven. Thus, by deploying IBM blockchain, Norwegian sellers can not only certify the origins of each fish but also charge an extra premium for top-notch quality seafood. It would also streamline and expedite the customs clearance process for seafood imports and exports.