How can you save yourself from Bitcoin Crypto scams 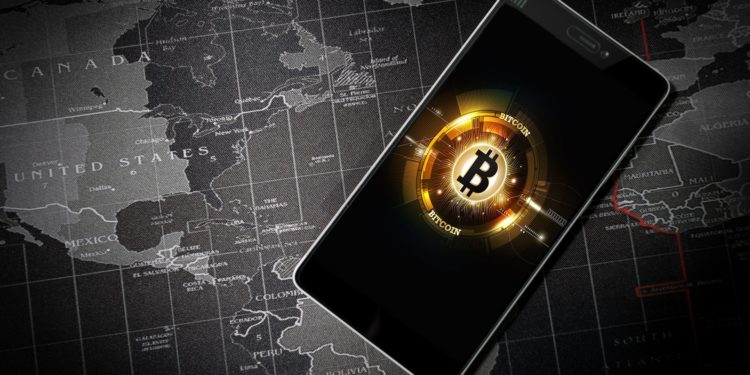 Bitcoin is the Pandora’s Box in terms of investment – it can be both good and bad unless you are careful about where you are investing.

Ever since its launch in 2008, controversy has not left Bitcoin’s site. It has fuelled hundreds of rags-to-riches stories, but at the same time, it has enabled scammers to earn millions from unsuspecting buyers and investors.

Bitcoin prices have been hovering around $9,000 for quite a few days making it a lucrative investment opportunity for thousands of Indians. If you are among the thousands looking forward to investing in the future of crypto, you must find out all about potential Bitcoin scams and the ways to steer clear of them –

Fake bitcoin exchanges are a real threat! Back in 2017, a South Korean fake exchange was operating under the name of BitKRK. While it looked legit and presented itself as a part of the crypto trading community, it swindled investors and buyers out of millions of dollars before it was intercepted by the South Korean financial authorities.

You must avoid all fake cryptocurrency exchanges. Stick to the reputed and recognized bitcoin exchanges only. Check Bitcoin forums and subscribe to authentic RSS feeds or notifications so you receive the news of fake exchanges on time. or, stick to trustworthy Bitcoin platforms for genuine investment opportunities.

After the success and skyrocketing demand of Bitcoin, several new cryptocurrencies have been mushrooming across the globe. It is indeed difficult to keep an eye on the authenticity and performance of each one.

New altcoins can be cheaper, which makes them more of a lucrative investment opportunity to most new investors. The selling idea behind these new currencies is that it’s already too late to invest in bitcoin and one must seize the opportunity to invest in one of the new and upcoming ones to make more money!

Well, that’s not at all true. Always remember that My Big Coin was taken down after it sold fake alt currencies for $6 million to customers.

However, it is important to take a look at the basics of any altcoin including its maximum supply and circulation. For example,Bitcoin maximum supply is 21 million exactly and 18 million are in circulation. Bitcoin is one of the most valued, trusted and most accepted cryptocurrencies across the globe.

Cloud mining allows regular investors without expensive hardware to mine cryptocurrencies. It can be indeed lucrative if you consider that you can mine altcoins like Bitcoin sitting at home without investing in exuberantly priced hardware.

There are a few cloud mining services that allow users to rent server space at a fixed rate for mining altcoins. However, if you are a first-time investor, how do you know which services are genuine, and which ones just want your hard-earned money?

One way to identify the fake ones is by their lofty promises. They promise implausible returns on your investment and never mention the hidden fee that applies on these returns. These servers smart designs to take money from unsuspecting investors. No authentic companies should be able to guarantee a profit.

Always be vigilant while signing up for cloud mining servers. Think about the security of your data on your system before you go online on a shared server.

It is not uncommon for groups of scammers to buy a new altcoin en masse. That increases the market price of the cryptocurrency momentarily and triggers FOMO (fear-of-missing-out) among other investors.

As soon as the new investors begin investing in the new coin and the prices shoot up higher, the scammers sell their share of coins for a higher price.

It is illegal in the securities market, but pumping and dumping are more than common in the grey zone of cryptocurrencies. Avoid pump and dump schemes by choosing more popular and stable crypto options like Bitcoin only.

New investors don’t always understand the ins-and-outs of cryptocurrency before and during investing. This has given several malware programs the chance to evolve. Malware programs now pose newer and bigger threats to people.

Modern malware that targets cryptocurrency users and investors can latch onto the user accounts to retrieve the user’s online wallet balance, drain their account and replace their authentic address with that of the scammer.

Apart from updating your antivirus and system firewall, you need to make sure that you are visiting a secure and trustworthy platform that does not prompt auto-download of .exe files or ask you to download suspicious attachments.

Ashish Agarwal, the Founder and CEO of Bitbuddy, has an ardent interest in history and innovations. He believes in doing and not displaying the deeds. “Good deeds should be done between you and god" is the mantra he follows. Ashish considers Dhirubhai Ambani as his role model because of two imperious qualities Mr. Ambani adhered to: experimentation and speed. Ashish has been covered by several notable national discussions on blockchain as a solution to business and society, in general.