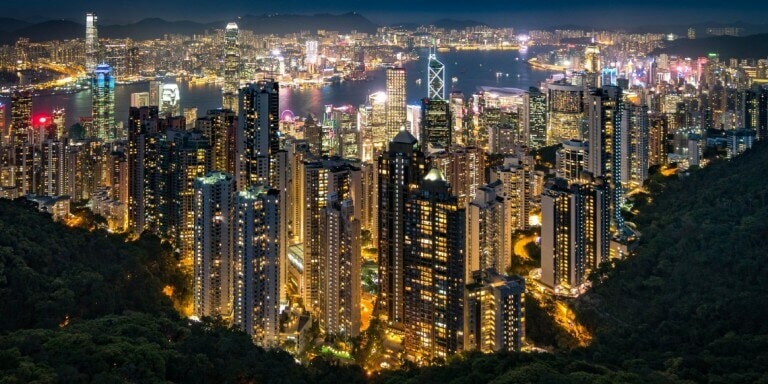 Hong Kong intends to implement new regulations that would make retail crypto trading legal in the city. The move is part of a planned strategy to become a global crypto hub. According to reports, the initiative, which is set to debut in March next year, will mandate licensing for cryptocurrency platforms.

Hong Kong set to be the next global crypto hub

Hong Kong is attempting to recover its status as a hotspot for crypto entrepreneurs after Covid-19, political unrest, and regulation tarnished the city’s image.

As Hong Kong reestablishes its position as a global financial powerhouse, this contrasts with mainland China, where cryptos are prohibited. Hong Kong’s financial and legal systems are distinct from those of the Chinese mainland. This separate governance is a component of the “One Country, Two Systems” system that governs it.

The idea to return Hong Kong to the top of the list for crypto investors has circulated the market for some time. Elizabeth Wong, head of the Securities and Futures Commission’s (SFC) fintech unit, hinted last week at a plan to allow ordinary traders to trade digital assets once again. She stated at an event that the government was developing a crypto regulatory bill of its own.

Hong Kong initially attracted some of the world’s largest crypto exchanges, including Sam Bankman’s-billion-dollar FTX. In 2021, however, Bankman-Fried relocated the FTX headquarters from the city to the Bahamas. The Crypto.com exchange migrated to Singapore after China’s prohibition on digital asset trading in the same year prompted concern that Hong Kong may follow suit.

In addition, if passed, a measure against money laundering filed to the Legislative Council of Hong Kong might establish a new licensing regime for digital assets. SFC thinks this regulatory framework would facilitate the industry’s orderly and sustained growth while protecting investors.

In March 2023, the licensing scheme for cryptocurrency platforms is anticipated to begin. The regulator intends to permit trading mainly on the more significant tokens, but specifics still need to be made available. The concept will initially be put out for public feedback.

What does this mean for the Chinese crypto market?

Cryptocurrency exchanges such as Crypto.com and Huobi have relocated from Hong Kong to Singapore, causing the former to lose ground to its opponent. In response to the Monetary Authority of Singapore’s warnings to the public about the significant dangers of investing in cryptocurrencies, exchanges have been prohibited from promoting in certain ways.

Nevertheless, Singapore declared its goal to become a web3 and blockchain-based finance industry center. The apparent adjustment in Hong Kong’s crypto legislation could be an attempt to prevent the flow of business to Singapore, its rival financial center.

Concerns remain on how a looser approach in Hong Kong will affect the industry in mainland China. Arthur Hayes, the co-founder of BitMEX, argues that Hong Kong’s desirability to crypto firms depends on its access to Chinese customers.

In addition, Hayes voiced concerns about how China would use its influence over Hong Kong to undermine any pro-crypto measures.

Bloomberg reports that experts are concerned that Hong Kong’s present steps may not be sufficient. Even if retail consumers are permitted to trade, licensed platforms in the city will be less competitive than those operating in legislative settings that are more favorable.

According to data compiled by Chainalysis Inc., Hong Kong saw the smallest increase in the amount of crypto transactions in the East Asian region, at 9.5%. Japan witnessed a 113% growth during the same period, while Mongolia saw a 72% increase.

In a study published by Forex Suggest in July 2022, a variety of variables, including crypto ATM installations, pro-cryptocurrency policies, and startup culture, found that Hong Kong was the most prepared nation for the mainstream use of cryptocurrencies.

Cities positioning themselves to be crypto hubs

Switzerland has always been the destination for those seeking to store vast wealth. The Swiss banking system often accepts these individuals or businesses with open arms. However, the nation is now investigating emerging financial markets. As the crypto-financial industry expands, numerous startups in major Swiss cities aspire to become its epicenters.

Additionally, Singapore is gearing itself to become the crypto hub of Asia. In contrast to its background of social conservatism, Singapore is notoriously open to financial innovation. The city-state authorities have not only underlined the potential benefits of crypto but have also legislated to support this position.

Dubai and Abu Dhabi are also competing for the crypto crown. UAE has positioned itself to be the world’s leading crypto hub. During the crypto winter, the region has seen significant crypto developments, making it an attractive destination for crypto investors and developers.

Lastly, many cities are in the vanguard of adopting the virtual currency. San Francisco, Vancouver, Amsterdam, Tel Aviv, Ljubljana, Slovenia, and Miami, Florida, are among these cities. Moreover, the crypto market is dominated by global cities such as New York, London, Portsmouth, New Hampshire, and El Zonte, El Salvador.

Countries experiencing economic turmoil and currency fluctuation, such as Venezuela and Zimbabwe, are becoming increasingly receptive to bitcoin and other cryptocurrencies.