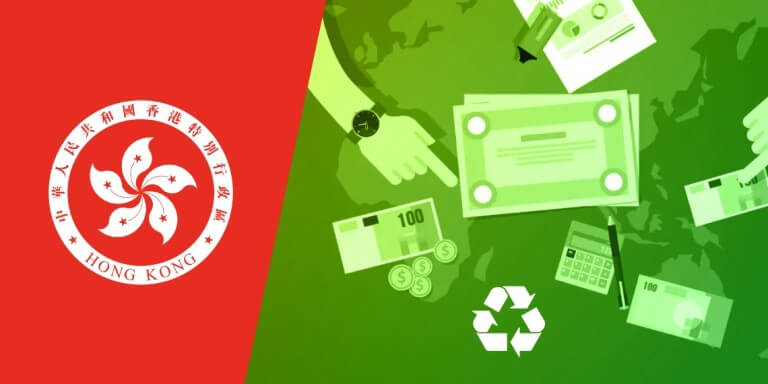 According to local media in Hong Kong, the government intends to sell tokenized green bonds to institutional investors. The future plans for technology, digital assets, and the economy were discussed by a number of officials, with an emphasis on these green bonds among them.

According to Chen Maobo, the financial secretary for Hong Kong, the government is engaged in numerous cryptocurrency pilot projects. One of these involved the government issuing tokenized green bonds for institutional investors to purchase. For the region, which has put a lot of effort into pilot-testing decentralized technologies, it’s another step in the right direction.

Chen Haolian, Deputy Secretary for Financial Affairs and the Treasury said that the Securities Regulatory Commission is attempting to regulate this asset class. It is specifically considering guidelines for discussions and public input in order to make choices.

According to Maobo, the Hong Kong government just finished drafting the legislation for a licensing system. The capabilities of this system would be concentrated on AML, counter-terrorist financing, and investor protection. The government is also establishing control for web3, which is perhaps the most crucial and something it has already acknowledged.

Hong Kong is eager for web3 to grow in the region. One business accelerator promised to support 1,000 web3 startups with its efforts. Additionally, officials are making a concerted effort to entice businesses and revive their reputation as a financial center.

Another noteworthy development is that Animoca Brands is aiming to raise $1 billion for its investment fund for the web3 and metaverse. According to Justin Sun  Hong Kong, is China’s “experiment base.”

Hong Kong is not alone in its effort for cryptocurrency regulation and has a significant interest in web3. Officials in South Korea and Japan are working hard to design policies that will support development in this area.

Julia Leung, the Securities and Futures Commission’s (SFC) incoming chief executive for Hong Kong, called for stronger regulation in general. She does not, however, wish to limit innovation.

Officials’ desire for increased regulation is obvious for this reason. A public broadcaster claims that 69% of all online investment fraud cases in Hong Kong include cryptocurrencies.