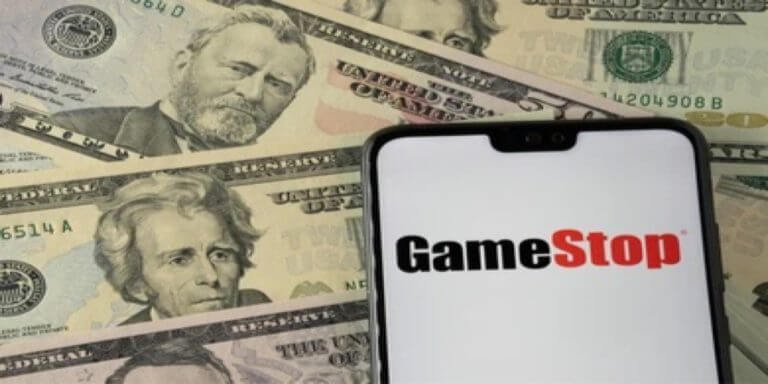 GameStop marketplace has seen its daily revenue capitulate to under $4,000 in the last few weeks. The platform, launched in July, has recorded a massive decline in daily income which signifies slowed patronage. According to the analysis website DappRadar, the platform has only recorded about $160,000 daily. This shows that the platform has only generated less than $4,000 in revenue, seeing that it charges users 2.25% for using its platform’s services.

According to the figure presented by the analysis website, GameStop marketplace figures touched close to $2000 despite the platform seeing a vast 91.23% uptick in trading volume. These new figures show that the platform has recorded a massive decrease from its first day of activities, recording a massive $1.98 million in NFT sales.

With that figure, the GameStop marketplace generated more than $40,000 fees on that day. The top project on the platform with the highest sales volume is HyperViciousZ, with a massive $47,841 in the last 24 hours. In stark comparison to GameStop, the top project on the OpenSea marketplace is Pudgy Penguins which has been able to rake in $1.37 million in the same time frame.

In the full details of the report presented by DappRadar, the GameStop marketplace is not the only platform passing through hard times, as other platforms are also feeling the heat. Data from BAYC shows that its floor price has taken a beating to register a massive 19% decline since the beginning of this month. The MAYC has also witnessed a drop of about 28.6% in the same time frame. Since their respective prices touched highs at the beginning of the year, both have registered losses running into two heavy figures.

Analysts also warned traders about BendDAO as the project was in line for liquidation of $55 million of its blue-chip NFTs. The platform allowed users to send in their NFTs and collect loans equalling the price of their deposited assets. Previously, the platform allowed the deposited NFTs to drop by at least 40%, but once it touches 90%, the trader must pay the loan in two days, or the NFTs will be liquidated.

Presently, the platform has already liquidated two BAYC, while the indicators that will trigger liquidation on 10 others are presently in view. However, the figure is down concerning the number of NFTs at that stage, showing that an improvement is in view. Projects such as CryptoPunks have also taken a beating despite climbing high at the beginning of this month.