FTM/USD is trading inside a narrow range of $2.32 and $2.45 for the past 24 hours, suggesting considerable volatility over the preceding day and a half. The trading volume stands at $617 million, which is 32.91% less than yesterday’s amount, while the overall market cap trades around $6.14 billion, which is 1.79% lower than the day before.

Fantom’s price advance occurred in two stages: an initial surge attracted buyers to push FTM/USD up to $2.19, where it found resistance and rolled over into yesterday’s consolidation range. The second leg of the rally developed early this morning. The price of FTM/USD rose from $2.14 to a high of $2.45 on the volume of almost $232 million, which is 133.69% more than yesterday’s quantity.

On the 4-hour chart, we may observe that the Fantom price is moving back toward the previous swing high, suggesting that a break higher will follow. 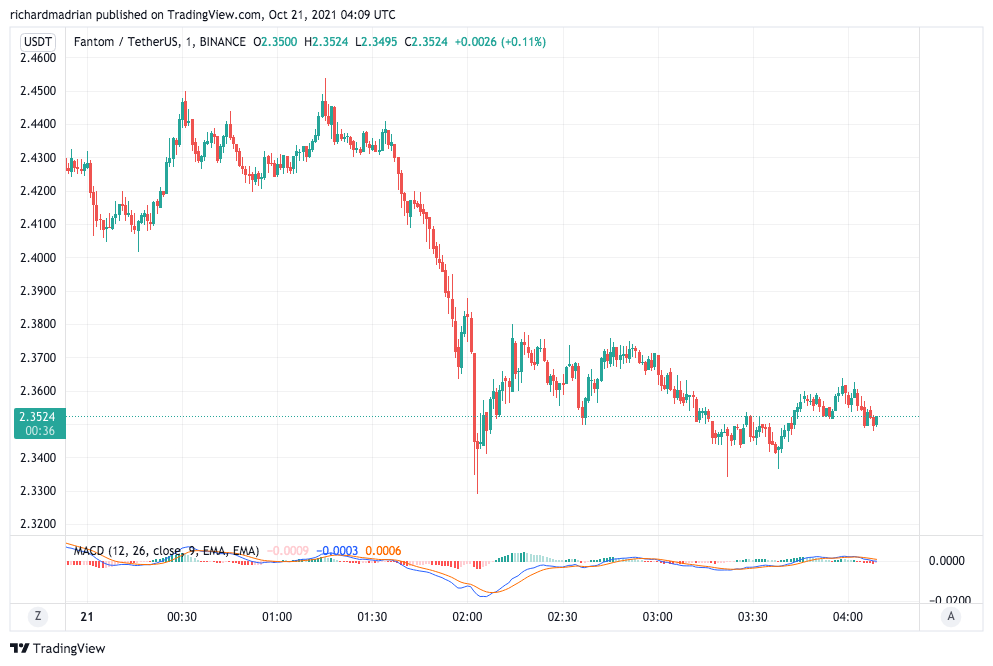 The Fantom price action has been excellent thus far in October. On the 1st of October, FIL/USD was pushed back by the $1.50 resistance after an initial spike higher.

On October 8th, while another technical fix to $1.30 was in place, the bulls reclaimed control and a rapid rise ensued over the next few days. Fantom hit $2.45 on the eighth of October after a 90 percent surge and establishing a new all-time high.

The cryptocurrency’s price reached $1.80 on October 8, then dropped for the better part of a week before finding support at $1.90 on October 16th. Support was discovered at $1.90 on the 16th of October, after which FTM/USD proceeded to rise higher, establishing a higher high at $2.30

The Fantom price is up today after another advance was followed after a higher low was established yesterday at $2.15. As a result, it’s likely that FTM/USD will set new all-time highs on a regular basis.