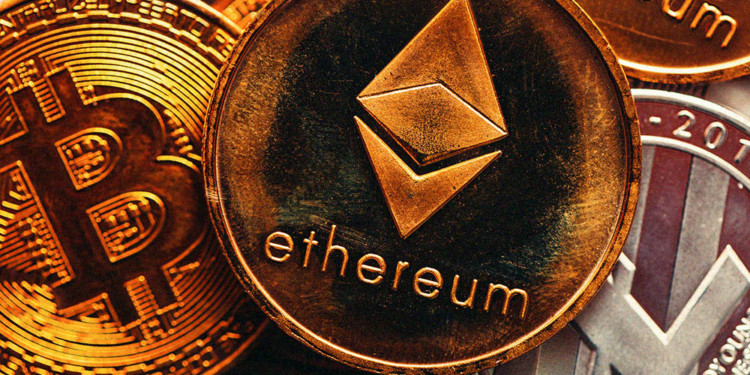 The queen of cryptocurrency Ethereum (ETH) is largely dependant on the market price movements set by the king Bitcoin (BTC), and Ethereum price movement is often a telltale of the same.

Ethereum price had been enjoying a good stable run just a little below $200 when Bitcoin prices crashed down to the $7000 levels and thus the market remained in reds for days before showing some stable movement.

While Ethereum price fell down to the $132 mark as Bitcoin price went into a cardiac arrest to $6400 range. 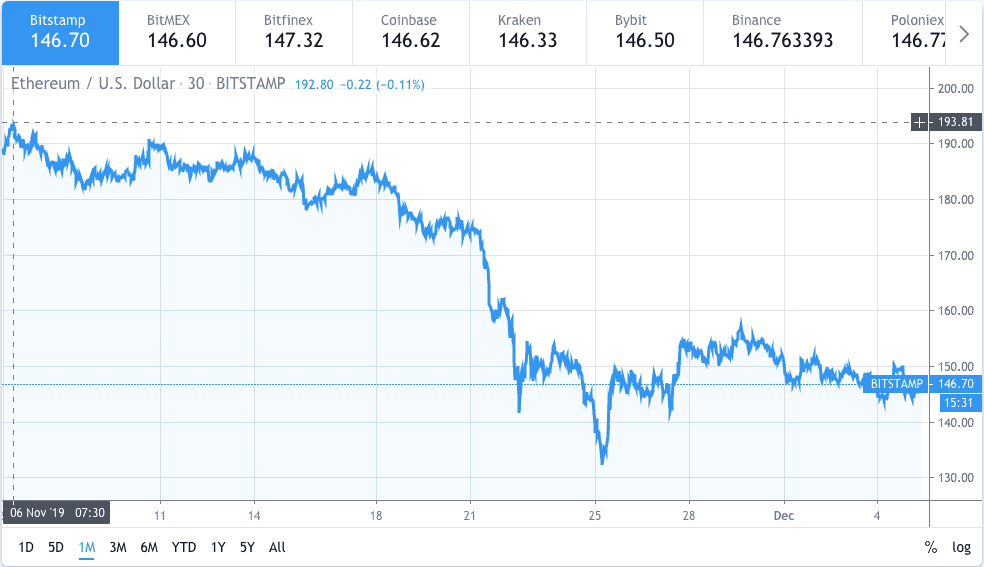 At the time of writing ETH price stands at $146.70 while similar to Bitcoin formation can be seen on the five-day chart. About a 10-days ago, Ethereum (ETH) touched the support line after about a year, with the last similar incident dating in December 2018.

Within twenty-four hours (24-h), the market capitalisation of flagship ETH was above sixteen and a half billion dollars ($16.6b), and the trade was of about seven billion dollars ($7B). Previously, Ethereum passed into the rising wedge about a week ago and has been fluctuating ever since.

The volume, subsequently, has decreased. In the short term, it is expected that ETH will fall because of the fact that rising wedges break-out to move downwards in at least 60 percent of the cases. At the time of writing Ethereum price is completing a head and shoulder pattern identical to Bitcoin charts.

If Bitcoin price movement remains on course, the ETH price is already taking a push towards the $150 mark with the support levels at $145 and resistance at $148 and $149.

However, in the days to come, it is still likely to hold the ground and break past the $150 mark.