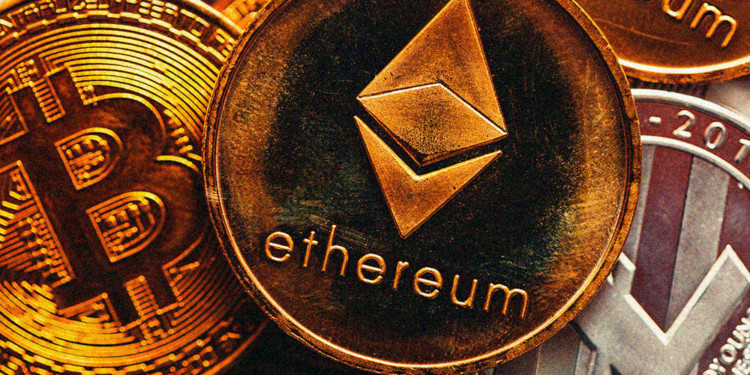 Ethereum (ETH) has been under a gradual increase with a modestly upward Ethereum price surge for the last few days.

The Ethereum price surge began from the low of roughly one hundred and sixty-five dollars ($165) to the latest high of approximately two hundred and fifteen dollars ($215). The only thing preventing Ethereum price from gaining a steep parabolic gain is the fact of it being subjected to selling pressure during its climb.

There have been various theories for the subsequent rise or fall of the ETH price by analysts but all these intuitions can’t be proved unless they are observed. The status of ETH in the market will be taking interesting turns in the near future.

The bullish trend of Ethereum can be backed by the current situation of ETH’s growth in the market. While this is being written, the current pace of ETH’s upward trade is approximately one point five percent (1.5%) with its current value being two hundred and twelve dollars ($212.11) surging from a low of two-hundred and seven dollars ($207).

The upward surge of ETH began soon after it had plunged under the value of one hundred and seventy dollars ($170) and has been under vigilant growth while tolerating the selling pressure as well. This pressure may have a stalling effect on the upward growth of the cryptocurrency.

In a recent tweet, crypto analyst Mayne tweeted how the resistance region exists just above the current surging price of ETH and some more increase will cause a downfall or seizure in its growth. However, there is a catch, the cryptocurrency seems to be in a bullish trend which may push it further towards an increase in its trend than its decrease.

Not a bad place for ETH to cool off here, dips are for buying IMO.

2 daily swing highs ran into a weekly bearish block. Once we clear this area and the upper black line the roofs off. pic.twitter.com/JxNe3ehDXv

The bullish trend is not just a coincidence for the ETH but it also consists of a fundamental backbone of a bullish trend as well because of technology-oriented investors whose attention is further strengthening ETH’s price, according to the founder of Coinfund Jake Brukhman.

This is total speculation, but I’m guessing these days $ETH price is being determined by a majority of technology-oriented holders. And these folks know what’s up with the technology.

The network utilization, as well as gas usage of ETH, give off signs of strong utilization as they have climbed multiple times.

It can’t be said if either of these facts contributes to the bullish trends of ETH but nothing should be overlooked and misjudged.