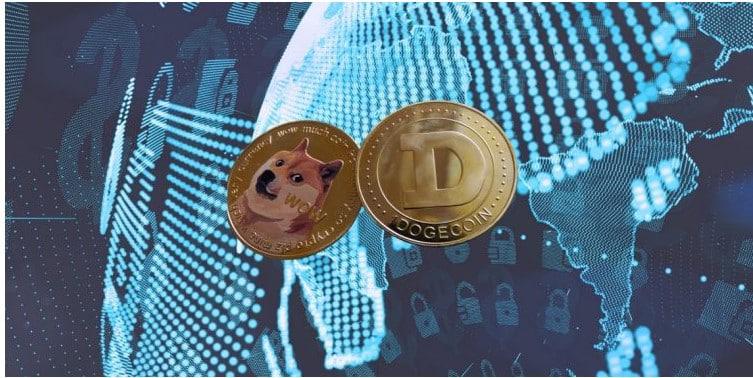 Dogecoin has been trading inside a tight trading range for the past several days, with sharply declining price action. On Monday, the $0.2500 overhead resistance was broken more strongly, while subsequent upsides were rejected, pulling the meme coin into a tight trading range. As a result, we anticipate the DOGE/USD pair to decline further and test a significant support level at $0.2300 in the short term.

Dogecoin price analysis for the last 24-hours: Bearish signs but little chances of a strong pullback

A daily candle that closes below $0.2500 will likely open the door to further declines towards $0.2300, a crucial long-term support level. In this case, we look for a break below the $0.2300 level to open up the $0.2200 handle, which corresponds with a long-term trendline.

We maintain our bearish bias on dogecoin on the longer timeframes due to the bearish setup around $0.2500 on Monday’s close. However, we believe that any rallies inside the congested trading range will likely be capped by resistance at $0.2500, which is the upper boundary of the trading range.

While the Dogecoin price is down more than 50% this year, we believe that dogecoin has upside potential in the short term for two reasons.

First, the short-term technique called the Bollinger Band Width Divergence  (BBWD) is an oscillator that measures the deviation of the upper and lower BBands. The BB band is derived by using standard deviation to measure volatility. In contrast, bands are drawn automatically by plotting a 20-day moving average (MA) and then placing two standard deviations on either side of it.

For dogecoin, the BBWD oscillator indicates that $0.2500 is a strong resistance level.  However, prices are trading close to this level, suggesting that bears might lose control of price action.

Second, there is the Ichimoku cloud, which indicates the following:

The status of the current cloud indicates that dogecoin price might test either side of the Kumo in the short term. Bullish continuation patterns are possible on the daily charts as long as prices are trading above $0.2500. In this case, we look for a break of either Kumo and conversion lines to open up upside towards the following resistance levels at $0.2700-$0.2800 and $0.3400.

On the hourly Dogecoin price analysis chart, we can see resistance at $0.2430, suggesting a potential for consolidation later in the day.   A breakout above this level will likely lead to a spike towards the next resistance at $0.2550, while another decline should take place if dogecoin fails to trade above today’s high of $0.2475. 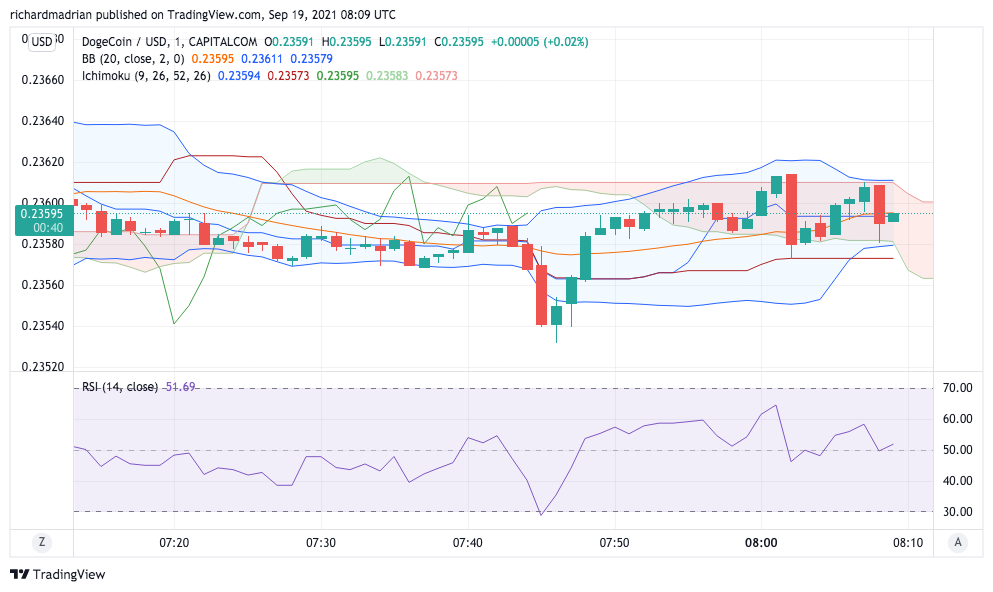 The status of the current trend on the hourly chart is neutral, with two consecutive dojis. A candlestick has to be formed today before we can determine its direction towards either resistance or support.

On the short-term 15-minute chart, the dogecoin price is trading inside yesterday’s bullish candlestick.  However, there is significant resistance at $0.2500, which was breached earlier this morning.

More importantly, the opening price action of today is bearish since there were two consecutive dojis during the early session; if prices fail to breach $0.2500 after another attempt, then we should expect a pullback.

The previous daily chart’s resistance at $0.2500 becomes the support level, which is likely to be breached if dogecoin fails to trade above opening price action levels.  On the other hand, bulls are also required to take control since prices are trading below both BBands and Kumo.

The price of Dogecoin has seen significant retracement in recent weeks, after establishing a new swing high at the $0.35 mark in August. DOGE/USD subsequently went through two downturns, one to $0.28 and another to $0.265.

Today’s Dogecoin price movement was in line with our prediction from yesterday, as the bulls appear to be fatigued to push against resistance at $0.25. As a result, we expect DOGE/USD to continue declining over the next 24 hours.