DeFi and the Unbanked – the Biggest Assault on Power Ever? The world has an unbanked population that is estimated to be nearly two billion strong. That is a lot of people, and they could all be helped by the financial services that cryptos, and especially DeFi, can offer.

There are a few different kinds of unbanked people. Some may not be able to qualify for a bank account due to the costs involved, while others simply don’t use an account because it has little to offer them.

Until now, the unbanked have been a problem that has been left largely to politicians.

Governments in poor nations have to figure out a way to include people in the social structure that possess little in the way of assets – and this can become a vicious cycle that prevents any real innovation from taking place.

Needless to say, the emerging DeFi ecosystems that have come into popularity over the last year are a potential solution for the global unbanked. DeFi could effectively replace the existing financial system and gives anyone with smartphone access to advanced financial services.

There is, however, one big issue that DeFi faces as it reaches out to the global poor – regulations. Many governments have taken a hard line against cryptos, which effectively shuts DeFi out of economies that could benefit from the free flow of capital, and inexpensive financial services.

Not Going to Develop Anytime Soon…

Of the nearly two billion unbanked globally, as many as 190 million of them live in India, which has the second-highest number of unbanked people globally, after China.

Despite the fact that DeFi and digital currencies could help almost 200 million people reach financial services, the Reserve Bank of India has created hurdles for any company or person in India that wants to use decentralised currency.

When people are denied access to basic crypto functionality, there is no way for DeFi to help the world’s unbanked, which is likely going to be one of the biggest issues for the developing DeFi ecosystem.

Many nations have created banking systems where regulators and major commercial banks pull talent from the same pool. This is frequently on display in the USA, where former Wall St. bankers take on positions in the US government’s extensive financial network.

The current US Sectary of the Treasury, Steve Mnuchin, worked with “Vampire Squid” bank Goldman Sachs, and still maintains extensive connections with the US financial elite. The idea that these entrenched interests will hand off massive profits to the poor is laughable, even if those profits are clearly a form of abusive economic inefficiency.

Instead of helping the poor to access financial services, many politicians seem hell-bent on keeping the poor as disenfranchised as possible, as was the case when the Modi government banned large banknotes in 2016.

You Can’t Run from This Kind of Stupid

In 2016 the Modi government decided that it was going to ban all 500 and 1,000 rupee notes as an attempt to rid the Indian economy of the kind of corruption that $10 dollar bills engender (a 500 rupee note was worth about $7 bucks at the time).

Needless to say, the criminals weren’t affected by this move, but throngs of unbanked Indians who had the meager savings stored in 500 and 1,000 were facing near total losses, as the old notes would not be legal tender anymore!

To make matters even worse, people were only allowed to exchange a few of the old notes per day – which meant that a large number of Indians spent weeks in line, so they could avoid losing their savings.

There are a few lessons we can take from this, but two of the biggest is how important an apolitical currency is, and also how dangerous the political class can be. People need to have a currency that is immune from Modi-level stupidity, and it needs to be freely tradable across national borders.

Profits in the Form of Economic Inefficiency

Any Monopoly will lend itself to creating some amount of economic inefficiency. When people can’t compete via innovation, and are forced to use a single platform, new and better ideas are left to die out in obscurity.

Unfortunately, we have a global money monopoly that stifles attempts to create systems that offer everyone a chance to use the latest financial technology. To be sure, DeFi isn’t a mature technology, and decentralized currency is still finding its footing in the global economy.

There are numerous academic studies that point to the power of microfinance to help the poorest people on earth, and how much access to small amounts of capital can change a local economy for the better.

Microfinance is just one aspect of the DeFi economy – and others can be just as useful, once a person has accumulated a little capital, and wants to find a return that doesn’t involve a central bank that has a monopoly on the nation’s monetary system.

The profits that come from creating economic inefficiency shouldn’t be tolerated, as they represent the unneeded suffering of the poor. It is unethical, at best, to accept a monopoly on money, or any form of government opposition to decentralized economic development. 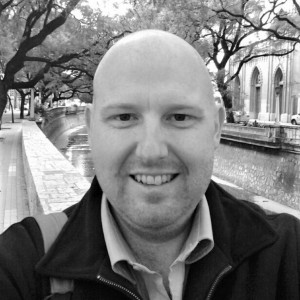 Nicholas Say was born in Ann Arbor, Michigan, and has traveled extensively. He thinks that cryptos and blockchain are amazing innovations. He writes on cryptos and other financial topics extensively.