Cryptocurrency donations will not be converted to fiat, UNICEF 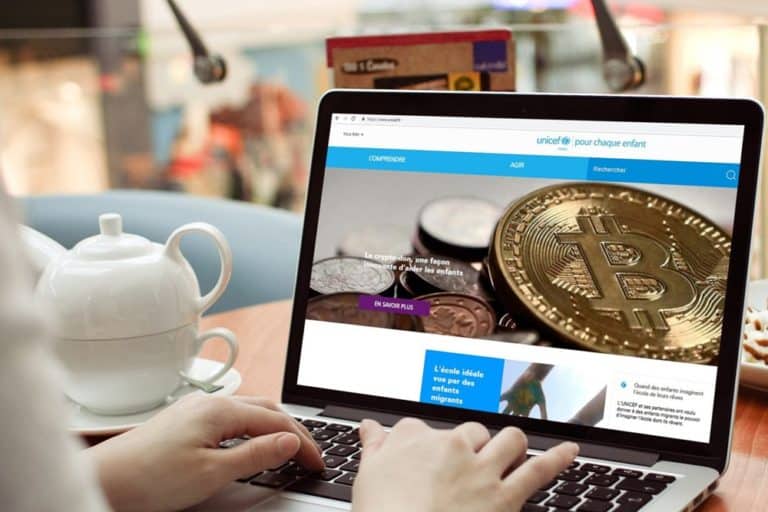 Details from the UNICEF’s pilot program that accepts cryptocurrency donations have further revealed that the charity organization is going long with Bitcoin and Ethereum donations.

UNICEF’s recently-launched cryptocurrency fund goes a long way in ensuring that cryptocurrencies are not just about trading and predictions. Their implementation is only as good as we carry out, and UNICEF has taken the first big step in this regard.

It was just last week when Christina Lomazzo, blockchain lead at UNICEF, took a bold step to bring Bitcoin and Ethereum into a positive light. They declared that the non-profit organization would accept, store and utilize donations received through cryptocurrencies using an explicit UNICEF Cryptocurrency Fund, which is set up in collaboration with UNICEF USA, UNICEF France, UNICEF Australia, and UNICEF New Zealand.

Cryptocurrency donations to be retained in original form, UNICEF

Now, taking cryptocurrency adoption to the next level, the UN Children’s agency has made a decision to hold and distribute cryptocurrency donations in their original forms and not convert them to fiat currencies. The intention is to use these contributions to facilitate open-source technology projects in child welfare.

Reportedly, the internationally renowned non-profit is keen on HODLing and distributing cryptocurrencies rather than instantly converting them to local currencies.

According to UNICEF’s Executive Director, Henrietta Fore, there is no one global form of currency, and UNICEF acknowledges the fact that digital currencies are reshaping some superannuated industries. In its attempt to stay relevant times, the organization is committed to exploring new options, Fore confirmed.

It comes as no surprise that digital currencies can be sent cross-border almost instantly. Thus, besides making charitable cryptocurrency payments faster and seamless, UNICEF is focussing on better transparency and encouraging more participation from the cryptocurrency world.

To help with that, public blockchains are making end-to-end tracking of transactions super easy and efficient. There is little to no room for possible errors or frauds, making every donation entirely traceable. As a result, donors would no longer need to worry about the thorough utilization of their donations as they can verify how their contributions helped the needy.

To some, UNICEF’s bold move of not converting crypto to cash may seem like overestimating the potential of cryptocurrency donations, but it is clear that they are betting on the long-term plan. After all, humanitarian efforts need all possible help to achieve their goals, and having inflexible payment options is the last thing they need.