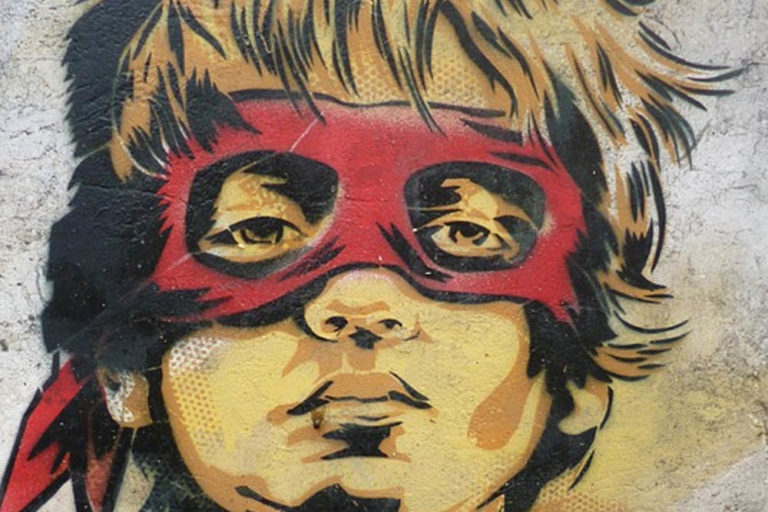 A network of volunteers and cryptocurrency enthusiasts have warned users of the impact crypto social influencers can have on their decision making.

Crypto Vigilante Network as the name suggests is a Telegram group of independent individuals who came together to keep the cryptocurrency sphere neat, clean and if not free of scammers than at least aware of them.

Why beware of crypto social influencers?

On the telegram channel, the network shared a tweet from a Youtuber and cryptocurrency influencer as well as an entrepreneur Brad Laurie.

wow! A #crypto influencer just made $3200 paid in $BTC for a 7+min video. No question influencers work hard, so it's not an attack, but that isn't even close to what some of 'em are making. #Crypto prices for pay-for-play are very high. Just being honest & transparent about it.

In his tweet, Laurie announces his surprise that another unnamed cryptocurrency influencer has just earned thirty-two hundred dollars ($3200) worth of Bitcoin (BTC) for a video which is a little over seven minutes in duration.

The influencer also explains in his tweet that influencers work hard but the fact remains that the amount paid is suspiciously high since most influencers don’t get to make that kind of money in social media. However, cryptocurrency influencers are being paid very high.

Laurie had only recently expressed his anger over another crypto influencer Chico Crypto recently started working in favor of Binance, while on the other hand, he had been a Binance hater for quite some time.

wait, wtf? I am calling this #crypto crap out. Chico bashed @binance, @cz_binance, & he called so many of us "binance shillers". He was the number 1 public #binance hater.

But now it's ok for him to do paid promo for @FantomFDN , itself a project on @binance?

Laurie calls out to Chico with the questions if he is playing double standards since Chico had been accusing other influencers to play “shills” for networks. However, this raises more credibility question on crypto social influencers than before.

Following in this queue, Crypto Vigilante Network initiated a poll against the cryptocurrency influencers on social media. 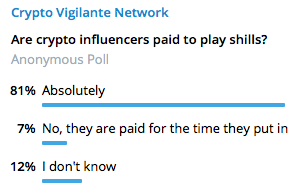 The poll asks the users if they believe “crypto influencers are paid to play shills?” And the users have been responding to the network poll.

Eighty-one percent (81%) of the network users believe that the influencers are puppets to the large corporations and companies, taking money to promote their interests.

On the other hand, only a mere seven percent believe that the influencers are paid for the work and time they put into social media.

While twelve percent (12%) answered they are unaware whether or not that the crypto social influencers play shills for big corporations.