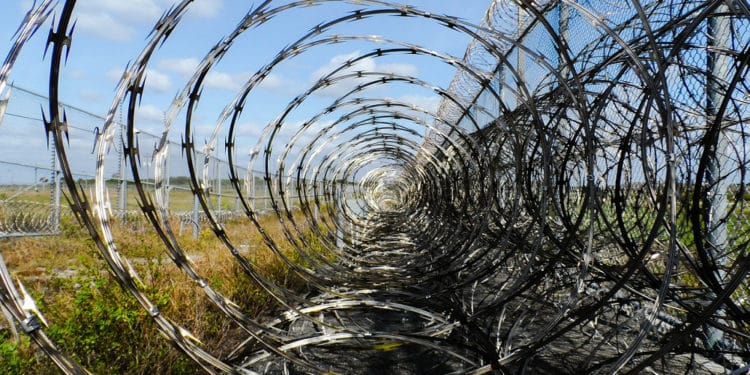 New Jersey prosecutor Craig Carpenito is fighting the request of two alleged crypto scammers wanting to be released from a county jail due to fears of a Covid-19 outbreak. He argued that pretrial release is only given to a defendant when their appearance at the trial could be reasonably assured.

Crypto scammers should stay in jail despite COVID-19 fears

As per court documents filed with the US Department of Justice (DOJ), Carpenito noted that COVID-19 had triggered a debate regarding whether pretrial detainees accused of non-violent crimes should be released to avoid the risk of being infected by the pandemic. However, he argued that Matthew Goettsche and Jobadiah Weeks – both alleged of operating BitClub Network crypto scam – have strong incentives to flee.

He stated that the reasons for their detention have not changed as they still possess “unaccounted for wealth, overseas contacts, and strong incentives to flee.” Carpenito noted that while the pandemic has reduced international air travel, there are still numerous flights leaving the country.

The alleged crypto scammers Goettsche and Weeks have filed motions for their release on March 20 and 23, respectively. Goettsche’s representative stated that “it is not a matter of if but when” the jail would host a swift COVID-19 outbreak. He stated that the facility’s condition makes it virtually impossible to stop the virus’ spread once it reaches the facility.

On the other hand, Weeks’ representative argued that the jail has a bad history of maintaining detainee health while citing a US Department of Homeland security report. The report identified numerous safety issues in the facility, including leaks that promote the growth of mold and mildew as well as improperly cooked food.