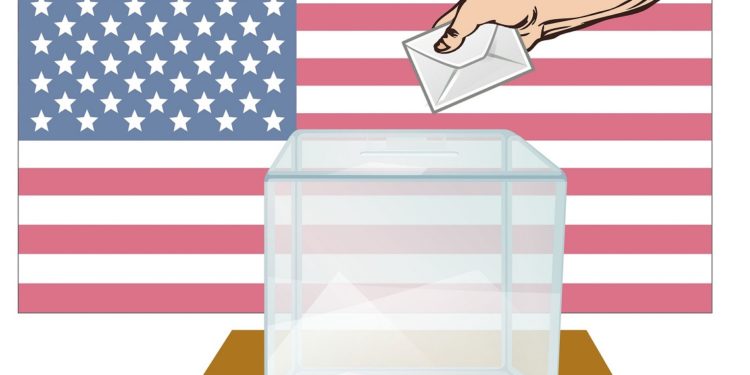 As the race for the next United States president heats up, many new aspirants continue to declare their intentions for the office with crypto billionaire, Brock Pierce, latest to join the train after Popstar Kanye West.

Pierce, the co-founder of EOS Alliance and crypto billionaire who declared his intention on Twitter, said in a release that he would be running as an Independent candidate for the elections scheduled for Tuesday, November 3.

I, Brock Pierce, am running for President of the United States of America. #2020 #BROCKTHEVOTE https://t.co/Ede6mABpTP pic.twitter.com/oTAmxuyOdm

While talking about his ambition to become president, Pierce said he had spent his entire life creating things from nothing, and he can help others do the same.

“Entrepreneurs are essential to the rebuilding of this nation that we love, and I’m running in the race because I know that together we can help build a pathway towards the rebirth of America we love so much,” he said.

Reportedly, despite the crypto billionaire declaring his intentions, his name is yet to be included in the list of candidates who have filed with the FEC to run for president at the time of compiling this report.

Outside Pierce, another crypto billionaire also in 2020 US presidential race

McAfee, however, is said to be a controversial individual. Despite being on exile, McAfee has remained opened about him evading taxes and shares bits of his private life, including video excerpts from strip clubs and whatnot.

Brock Pierce, on the other hand, has reportedly been involved in quite a lot of controversies himself. However, both crypto billionaires’ ambitions cannot be thrown overboard as unexpected things can happen in that regard.

Brock Pierce is a job creator, entrepreneur, and venture capitalist. He’s been credited with pioneering the market for digital currency and has raised more than $5 billion for companies he has founded.

Pierce is the Chairman of the Bitcoin Foundation and co-founder of EOS Alliance, Blockchain Capital, Tether, and Mastercoin (first ICO). Being a humanitarian, Pierce is the Chairman of The Integro Foundation, a Puerto Rico based not-for-profit organization, which provides philanthropic resources to Puerto Rico, Caribbean Islands, and the Amazon rainforest, with programs designed to revive areas in critical need and empower humans, plants, animals and resources.