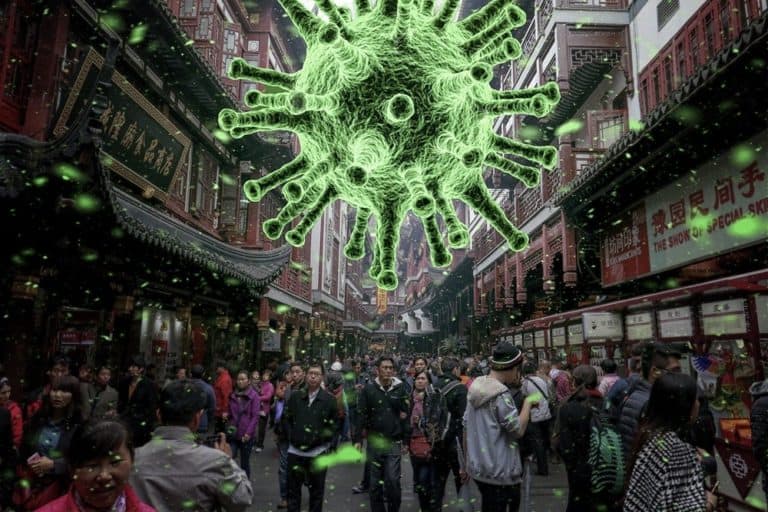 As coronavirus fears continue to grapple countries across the globe, Asia, despite being the epicenter of this deadly disease, has been at the forefront of blockchain advancements and adoption so far.

While the world continues to wait with bated breath for the highly-contagious virus to die down, the crypto markets continue to thrive with prevailing uncertainties and hopes for recovery. Amid all this, there is one technology, although being touted as the next groundbreaking invention, is yet to gain a strong foothold.

Take, for instance, China – the very breeding ground of the virus. Although the coronavirus fears brought the country to a standstill, halted its economic progress, and delayed the launch of its much-talked-about central bank digital currency, digital yuan, the country is fearlessly tackling the infections by using blockchain-based applications.

Reportedly, blockchain is helping China with streamlining the medical history of virus-infected patients, monitoring medicines and relief supplies, insurance claims, and overall data management. Recently, it also put forth security standards for blockchain applications in the financial sector, which was wholeheartedly embraced by over thirty-five thousand blockchain companies that have established their ground in the country today.

Further east, Japan, which reported over one thousand infections so far, holds about ten percent (10%) of the worldwide crypto traffic. Last month, the country’s most widely used social networking app, Line, launched its own digital currency Link, which is touted to spark nationwide cryptocurrency adoption.

Earlier this month, it was reported that the largest cryptocurrency exchange Binance is in talks with Yahoo-backed local crypto exchange TaoTao for a significant expansion in the Japanese market. It is also preparing to launch QURAS, a futuristic blockchain protocol that facilitates private transactions using open-source blockchain, by April.

South Korea, despite being hard-hit by an alarming number of coronavirus infections, is taking its role as the blockchain torch-bearer very seriously. Earlier this year, crypto exchange Bithumb invested a massive sum of money, around eight million US dollars ($8 million) in the development of the blockchain zone in South Korea.

The Bank of Korea announced in February that it is turning to blockchain for effective record-keeping operations and building a live payment trading system specifically for the Korean market. Additionally, a strategic partnership with Litecoin Foundation last month revealed that the country would enable over thirteen thousand ATMs with Litecoin withdrawal and deposit facilities.

Lastly, the financial hub of Asia, Singapore, which has had more than one hundred confirmed cases of virus infections so far, is doing its best not to slow down its economic progress. Besides bringing the Payment Services Act into force in January, which is said to boost the cryptocurrency market and blockchain investments in the region, the country has already invested as much as five hundred million US dollars ($500 million) towards advancements in the blockchain.