Christine Lagarde: Crypto is ‘worth nothing,’ and should be regulated 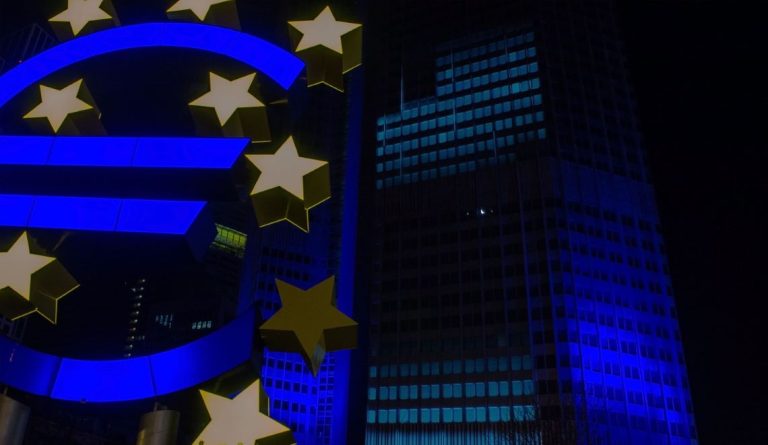 Christine Lagarde has never been afraid to voice her aversion to cryptocurrencies. Christine Lagarde, the president of the European Central Bank (ECB) for a long time, claims that cryptos are not currencies. She also stated that they are highly speculative and suspicious at times. Today, Christine Lagarde declared that crypto-currencies are baseless and worth nothing. Hence, these coins should be regulated to protect people from foolishly investing their life savings.

Christine Lagarde, the president of ECB, recently stated to Dutch television that she is concerned and uneasy about European crypto investors. Her concerns get based on the fact that many global crypto investors have no knowledge of the cryptocurrency dangers. Christine Lagarde thinks these investors will lose everything, and they’ll be sorely disappointed. With that in mind, Lagarde feels governments should regulate cryptocurrency.

The latest comments follow cryptocurrency markets’ recent volatility. The two most popular cryptocurrencies, Bitcoin and Ether, dropped 50 percent from their rise last year. Terraform labs’ demise, and its ecosystem have put crypto investors under the bus. At the same time, the asset class is coming under greater regulatory pressure. These officials, such as Christine Lagarde, are concerned that it might endanger the financial system as a whole.

Christine Lagarde accused crypto service providers of being Russian accomplices during the Russian invasion of Ukraine. Following international sanctions on Russia, there was an economic outcry. Lagarde fretted that these businesses would enable Russian citizens to avoid financial sanctions. Christine Lagarde stated that the number of rubles flowing into crypto and stablecoins increased.

In February, Christine Lagarde said it was vital to quickly finish and enforce the European Union’s proposed regulatory framework for crypto assets. The demise of Terra has sealed the fate of more stringent cryptocurrency rules, laying a foundation for them. Christian Lagarde had this to say when asked about stablecoins:

On the other hand, you have those stablecoins that are beginning to proliferate, which some big techs are trying to promote and push along the way, which are a different animal and need to be regulated, where there has to be an oversight that corresponds to the business that they’re actually conducting, irrespective of how they name themselves.

In an interview with Dutch television, Christine Lagarde expressed her doubts about the value of crypto. She also contrasted it to the ECB’s digital euro, which she described as stable. The government initiative sets to get completed in four years.

My very humble assessment is that it is worth nothing, it is based on nothing, there is no underlying asset to act as an anchor of safety. The day when we have the central bank digital currency out, any digital euro, I will guarantee — so the central bank will behind it and I think it’s vastly different than many of those things.

Economic giants and influential regulators come at the crypto industry

Christine Lagarde stated that she does not own any cryptocurrencies because she wants to live by her words. However, she follows them “extremely closely” as one of her sons invested in crypto against her advice. She is programmed to be concerned as a mother, but she stresses that her son is a free man who can make his own investment decisions.

According to tracker data, funds in decentralized finance (DeFi) applications built on Terra have dropped to $155 million as of today. Investors last saw this level of loss in February 2021. At the start of this month, their value had plummeted by more than $29 billion. In early April, the locked value on Terra DeFi reached $30 billion.

During this crypto winter, prominent people and economic giants who had long opposed cryptocurrencies have come in hard against the market. Robert Kiyosaki, the author of Rich Dad Poor Dad, is a Bitcoin skeptic (BTC). However, he believes that BTC might fall much further before finding its bottom.

Following the de-pegging of the TerraUSD (UST) stablecoin this week, Kiyosaki recalled that he had cast doubt on the legitimacy of stablecoins. In a previous YouTube interview, Kiyosaki had expressed his worries about stablecoins, stating that the creators of such currencies presented a counterparty risk because they might default on their obligations.

The collapse of the two Terra cryptocurrencies has sparked widespread worry among regulators and lawmakers. Gary Gensler, Chairman of the Securities and Exchange Commission, expressed concern that the fall of bitcoin terra (LUNA) and stablecoin terra(UST) would harm more cryptocurrency investors.

According to Gensler, SEC-registered asset managers are largely unaffected by crypto assets. However, he points out that his agency has little access to private accounts, particularly family offices. The majority of cryptocurrencies, according to the SEC chairman, are securities.

He has urged bitcoin trade platforms to register with the Securities and Exchange Commission. He stated that they are in discussions with these exchanges about a way to get them registered and establish a method for the tokens.